THERE is a widely accepted idea that football emerged from working-class culture, went through a golden age as the people’s game and then sold its soul to Sky, Adidas and Coca Cola. 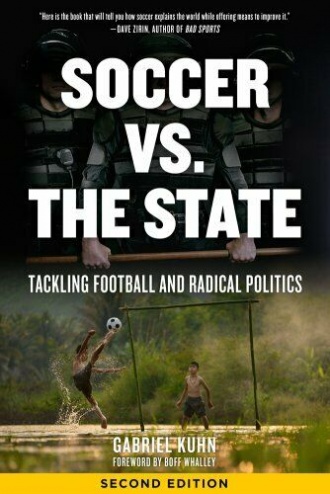 But Soccer vs the State, Gabriel Kuhn's lively and painstaking examination of the sport’s hidden history and competing cultures, reveals a more complex narrative.

The book is full of surprises. In the early 19th century football was played by future captains of industry and administrators of empire, though this changed in the 1880s when professionalisation attracted young men seeking an escape from factory work. With professional players came working-class crowds keen to watch their mates.

Another revelation concerns women’s participation — we are currently witnessing a revival, not a genesis. Women participated in medieval village matches and were excluded only when public schools appropriated the game.

There was renewed interest in women’s football in WWI and in 1920 Dick, Kerrs Ladies from Preston beat St Helens Ladies before a record crowd of 53,000 at Goodison Park. The response of the FA was to introduce a ban, not lifted until 1971, and to encourage international prohibition of women players.

Kuhn highlights the tension football provokes between workers and bosses on every continent, using archived pamphlets, manifestos, interviews and news clippings and a complex picture emerges of a Jekyll-and-Hyde sport.

There is evidence of it being a counter-revolutionary activity fostering greed, corruption, sectarianism and nationalism but there are also examples of teamwork on the pitch promoting working-class solidarity. An example is the late Aboriginal activist Charlie Perkins, who said that the Greek and Croatian soccer teams of Adelaide were the first groups to recognise him as a person.

The book provides fascinating snippets of information on activism, racism, anti-fascism, corporate influences on accessibility, bigotry and internationalism yet the author’s impressive archive and interview-based research, and his rich and varied presentation of information, is slightly compromised by the book’s structural flaws.

The thematic similarity of some chapters leads to repetition of ideas and makes it hard for readers to refer back to specific information and narratives. But Kuhn offers a cornucopia of anecdotes, facts, life histories and extracts to create a fragmented yet fascinating picture of a sport facing profound risks and possibilities.

This new second edition covers the development of feminist clubs, the contribution of ultra fans to the fall of Mubarak in Egypt and the impact of the Fifa corruption scandal and it is an invaluable resource at a time in which football risks destruction by the greed of club owners and their corporate partners.

At the same time it celebrates the game’s potential for building social cohesion and alternative forms of community.

Soccer vs the State is published by PM Press, price £15.99

A change in Tory leadership will not alter the government’s agenda, Communist Party warns

Brexit is still an opportunity for Labour — just not under Starmer