COMMA PRESS’S Reading the City series is an exercise in cultural bridge-building. Collections of short stories from different cities around the world, from Rio to Riga and Birmingham to Tehran, they give readers a snapshot of 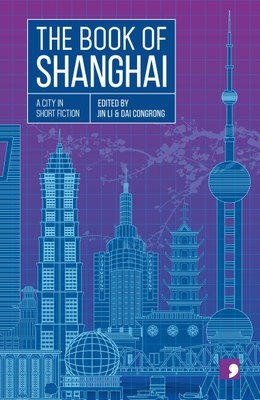 the life of remarkable metropolises.

Few are more remarkable than Shanghai, China’s largest city with a population approaching 25 million. It is a fitting microcosm of China’s turbulent modern history, growing from a collection of fishing villages to a vast port after Britain, France and the US seized “concessions” there in the 1840s and acting as a lynchpin of imperialist domination thereafter.

It was the site of the founding of the Chinese Communist Party in 1921 and, six years later, of the “Shanghai massacre” of communists and trade unionists by an alliance of the Nationalist government and the mafia-like Green Gang.

Establishing itself at the cutting edge of China’s economic development from the 1980s on, it has become the world’s largest port and one of the richest places in the country. In the process, it has developed a distinct cultural identity and its own literary tradition.

It also contains humanity at its most concentrated. All cities are of course artificial but even the river on which Shanghai sits, the Huangpu, is man-made, dug by order of Lord Chunshen of Chu in the third century BC.

In some of the stories in the Book of Shanghai, nature tries to cut through this human world — gently in Snow by Chen Danyan, when snowfall jerks the characters out of introspection to marvel at the beauty of a world transformed, frighteningly in the dreamlike Suzhou River by Cai Jun, when the eponymous water course floods the city and the hero floats in his bathtub through “the endless walls of towers” to the open sea.

And unsuccessfully in The Lost by Fu Yuehui, when a man whose sense of self-worth is destroyed, not by the loss of his phone — which makes him feel like “some crafty fish that had slipped through a net with 500 cords,” those being his 500 contacts — but by the acquisition of a new one, demonstrating through the absence of messages that he has not been missed.

His response, flight from the metropolis to the smaller, more natural world he has left — “the rice harvest would be fast approaching back home. The land would be adorned in rich, creamy yellows ... the farmers would pause ... and gaze up at the birds” — is a failure, ending with him staring at a reflection he doesn’t recognise in the window of a suburban bus.

The Lost explores the impact of how we are perceived by others, a theme also of Snow — until joy at the snow itself ends Zheng Ling’s embarrassment at sitting alone in a KFC and her ungenerous musings on other lonely people — Bengal Tiger, in which a boy’s resentment at his father’s junior status to that of another boy at his school turns him into a terrifying bully, and Transparency, in which a husband hires a private eye to spy on himself and report to his wife to allay her suspicions.

There is more than a touch of sadness to many of these stories. Some broken people do not recover. Others apparently die again and again, as we learn at the close of The Novelist in a grotesque and fantastical ending worthy of Qing dynasty author Pu Songling.

Yet others overcome the way they are perceived. We do not know whether to be happy or sad for Ah Ming at the end of the story that bears her name, full of joy at her ability to clean and reuse other people’s rubbish despite the contempt of her neighbours and family, while Ms Zhuge in Woman Dancing Under Stars, initially dismissed as a weirdo and loner, shows the narrator how to be happy.

Many stories end ambiguously, the characters’ fates unknown. We are given no more than a glimpse into their lives, their hopes, worries, joys and neuroses. Yet their problems are familiar and often universal — feeling out of depth in a world dominated by instant communication, estranged from relatives we no longer live with, needing companionship in the anonymity of the big city.

The whole is a window on Shanghai, a reminder that this great city teems with people just like us. At a time when sinophobia is being whipped up on both sides of the Atlantic for the malign ends of the bully in the White House, that has to be a good thing.

City nail the Hammers and progress to FA quarter finals

Leicester praised for show of solidarity with the people of Palestine

Government summer schools will reach just 1 in 12 of pupils