A ‘Right To Work’ Rally by miners at the Nottinghamshire NUM Headquarters, Mansfield, in May 1984
×

THIS fascinating and well-edited collection of oral histories focuses on the role London and Londoners played in solidarity efforts to support striking communities in the 1984-5 miners’ strike. 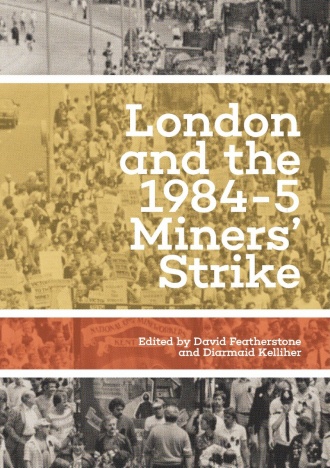 Trade unionists, council workers, political activists, Lesbians and Gays Support the Miners (LGSM) and many others all came out in support and this rather eclectic mix made for some novel experiences — George Binette recalls the "culture shock" for some visiting London for the first time, while Mike Jackson of LGSM remembers the initial "trepidation" of bringing Geordie lads to a warehouse party.

But, as David Donovan claims, "Without London, the strike could not have been sustained — period." Meetings and collections were held, pickets joined, even Christmas presents and holidays for families were organised, which built on previous networks of solidarity — the support "did not come from nowhere," according to the book's editors David Featherstone and Diarmaid Kelliher.

Previous strikes in 1972 and 1974 and miners' support for mainly women workers striking for union recognition at Grunwick are often cited, while Terry Harrison from the NUM branch in Betteshanger, Kent, goes all the way back to strikes in 1938 and 1941 and the 1926 General Strike gets a good few mentions too.

The abolition of the Greater London Council and the defeat of print workers in Wapping in the 1980s are mentioned, with Brian Donovan noting: "Thatcher was the same with Wapping as the miners" and with the same result, while Sally Davidson remembers a “gradual feeling of being defeated” in the early 1980s.

But many are positive about the leadership of Jeremy Corbyn, whose name crops up more than once. Chris Knight speaks of having "hope again," having "finally come home" to Labour, while Liz French cites Corbyn's involvement in the miners' — and many others' — struggles as cause for optimism.

Featherstone and Kelliher emphasise that they are not attempting a "definitive” story of solidarity and the miners' strike. Rather, their intention is to "enrich how this pivotal set of events is understood and also speaks to contemporary imaginations." On both scores, they succeed.