New revelations by investigative journalism reveal the bias and corruption at the heart of the framing of left-wing former president Lula, writes MARIANA T NOVIELLO

AUGUST 20 marked 500 days that the former Brazilian President Lula has been in jail. And it becomes increasingly clear that his trial was not only unfair, but that he is a political prisoner.

On June 9 this year, the investigative site The Intercept/The Intercept Brasil, in partnership with some prominent Brazilian media outlets, launched a series of articles based on an enormous amount of information about Operation Car Wash (Lavo Jato) — the long-running investigation that uncovered a corruption scheme involving the Brazilian state oil company, Petrobras.

Much of the information The Intercept received is still being analysed, but what has been released has already provided evidence of what many have been saying for a long time: Operation Car Wash was biased and politically motivated.

To those acquainted with the Brazilian political landscape and able to access the sentence issued by Sergio Moro and/or read some of the analyses (available in Portuguese and English) of hundreds of legal experts, academics and practitioners, this is no surprise.

Some of the practices employed to charge, convict and imprison former President Lula raised eyebrows, when they were not blatantly illegal under Brazilian law.

Furthermore, Moro’s sentence was criticised for not being able to associate any action carried out by president Lula to the Petrobras contracts cited by public prosecutors.

It was also unable to prove that the former president was the owner or possessor of the flat “attributed” (Moro’s words) to him.

The Intercept files seem to show that Moro, the current Minister of Justice in Bolsonaro’s government, did not act as an impartial judge, but in collusion with one of the parties — the public prosecutors.

The Intercept’s investigations seem to show that Moro, among other things, advised prosecutors on how to act, when to provide further information about the case, indicated witnesses for interrogation, discussed which documents to bring to court and concealed information from the supreme courts. 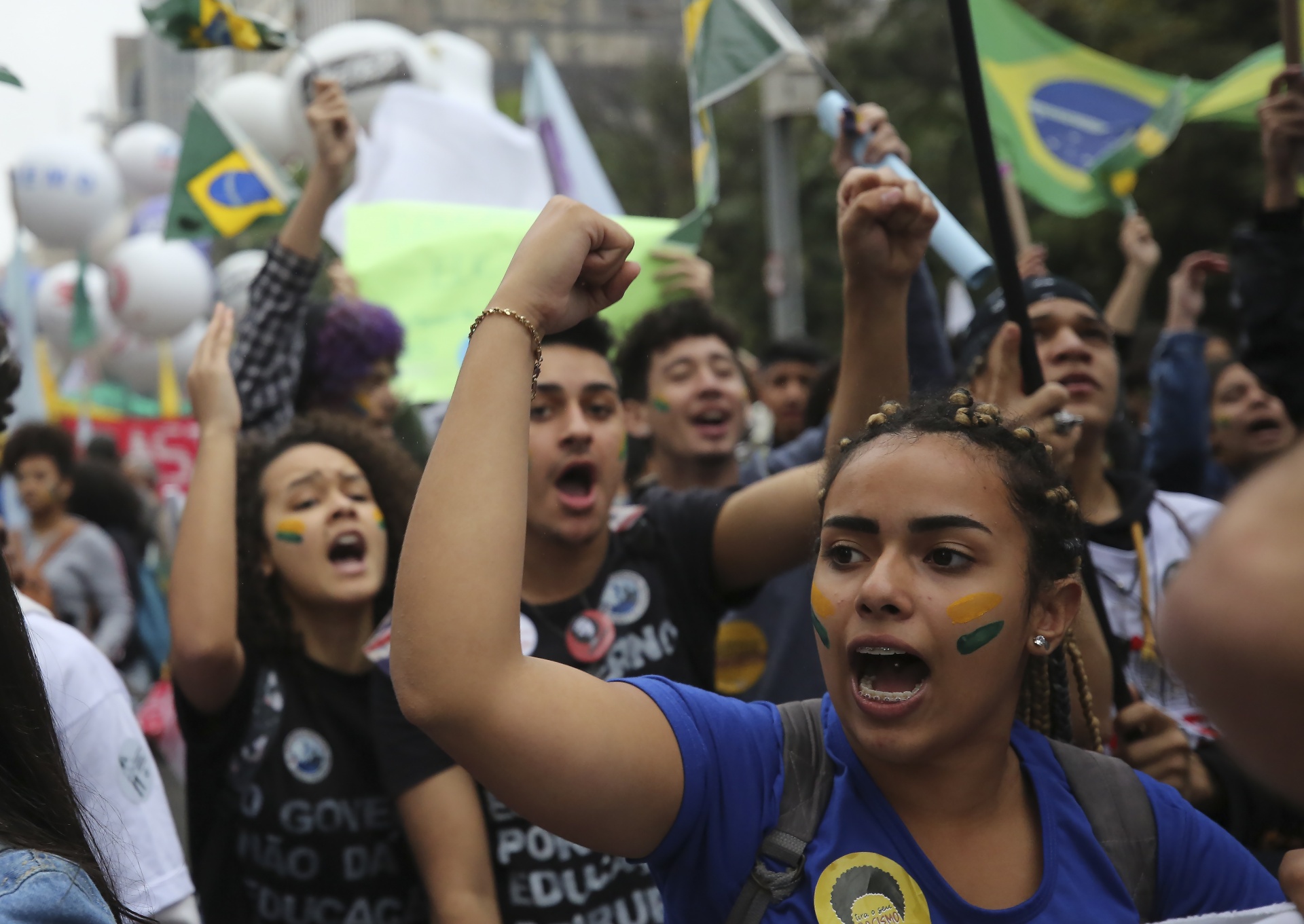 The public prosecutor in charge of Operation Car Wash behaved as a subordinate and seemed to treat the then judge Moro as the leader of the investigation, frequently discussing the case with him and acting on his advice.

He held conversations with judges in the higher courts about Operation Car Wash who might later be deciding on the appeals of these cases. He considered taking action to the detriment of the Workers’ Party (PT) and Lula.

But the electoral courts subsequently found no proof of fraudulent activities. From that moment, discussions about Rousseff’s impeachment abounded and an impeachment process was finally accepted on December 2 2015.

Rousseff held the executive, but the left was heavily beaten in congress. With the exception of the current legislature, parliament during her second term was the second most conservative in Brazil since the end of the military rule.

The so-called Bull, Bullet and Bible (agribusiness, gun and religious) lobbies increased their influence significantly and congress was bombarded with an explosive, disruptive agenda that left the government paralysed.

This, together with an increasingly difficult economic situation, compounded with the media’s taste for corruption scandals, further stoked by the Car Wash investigations, led to the general dissatisfaction that enabled the impeachment. However, Rousseff’s removal rested on fiscal procedures carried out also by her predecessors, as well as Michel Temer and Jair Bolsonaro since the impeachment.

Her replacement, Temer, oversaw a reversal of social democratic policies introduced by PT.

A constitutional amendment led to the freezing of real expenditure on health, education and other social policies to 2017 levels for 20 years.

Labour and trade union reforms brought the loss of workers’ rights, the loosening of labour market regulations and the weakening of unions, while social security reform, so desired by the markets, is still awaiting the current parliament’s approval.

Violence, especially against black people, women, rural and indigenous populations and the erosion of and disrespect for the rights of minorities, rose to unprecedented levels. Poverty and hunger returned. The environment suffered.

As Lula himself says, it makes no sense to force an impeachment, remove PT from power, only to see its return in the 2018 presidential election. So Lula had to be stopped.

Lula’s appeal reached the appellate courts in record time and six months before the Brazilian general elections. He lost. Furthermore, all three sitting judges issued similar sentences — something unheard of in Brazilian law.

When the supreme court denied Lula a preventive habeas corpus, the now minister Moro immediately issued an order for his arrest — even before the decision had formally reached his court.

It is important to highlight the speed of this appeal, Lula’s arrest (which is controversial), as well as the unusual behaviour of the appellate court.

Back in 2010, the so-called “Clean Records” (Ficha Limpa) law passed. It stipulates that candidates convicted by a “collegiate body” would not be eligible to run — Lula was barred from running in the 2018 elections.

However, the continuing economic crisis, in conjunction with other unpopular measures, led to the collapse of the coup-mongering centre right. It thus became clear that the only viable candidates were Lula and far-right Bolsonaro.

And with Lula helpfully out of away, Bolsonaro had now a clear run.

As more information is revealed about the inner workings of Operation Car Wash, it becomes ever more evident that Lula is a political prisoner.

Moro gave up his career as a judge to become Bolsonaro’s minister. But the current government isn’t just any old government.

Leaving aside the fact that Moro incarcerated Lula — the main opponent of the man who made him minister — Bolsonaro’s government is nasty and dangerous.

It is destroying Brazil’s social welfare system, it is formed by climate change deniers, it has no regard for human rights. This is a government that does not respect the rule of law, whose actions are constantly challenged in the courts as unconstitutional.

A government that does not understand the separation of powers, that mixes state with religion and, indeed, sees public office as the private privilege of the president and his family.

It is a government whose aim seems to be to increase violence and poverty. But worst of all, for the hypocrite Moro, this is perhaps the most blatantly corrupt government that Brazil has ever seen.

There are indications of Bolsonaro and his family’s association with militias — the very same militias that allegedly murdered Rio councillor Marielle Franco.

It is government that practices nepotism and openly offers cash for votes in parliament.

Moro, the man who until last year was seen by many as the “anti-corruption knight in shining armour,” is not ashamed of being part of this government.

Worse still, he does not seem to see the need to fight the corruption allegedly attributed to his fellow ministers — so long as former president Lula is put away and everything Lula stands for is destroyed.

That is why I fight for former president Lula’s freedom. It is not just a question of injustice done to an innocent man, though this is also important.

For Brazil, the last country to abolish slavery, which still has some of the highest inequality rates in the world, Lula signifies the inconvenient rise of a politics from below.

Lula, a man who has always fought for social justice, whose first objective in power was to ensure that all Brazilians could eat three meals a day.

Lula was put in prison with false allegations and dubious trials by a biased judge. Lula was imprisoned because his opponents felt unable to beat him and his politics at the ballot box.

This is what we have always known and this is what The Intercept’s revelations now elucidate to the world.

But no investigative sites, as much as they expose this information, will ever do the work we have to do ourselves. Lula’s imprisonment was a political act and only political action will get him out of jail.

The higher courts in Brazil have shown again and again that they are incapable of going against public opinion. Only our fight will get this innocent man out of prison.