The Communist volunteers fighting the Turkish invasion of Syria

International Freedom Battalion volunteers from Europe display the flag TIKKO, a Turkish communist group, outside the city of Manbij in Syria.
×

SINCE the beginning of the “Rojava revolution” in northern Syria in 2012, volunteers have travelled from outside the region to join the predominantly Kurdish “People’s Protection Units” (YPG) in their fight against Isis and their work to transform the territory into a democratic experiment that espouses women’s liberation, ecology, as well as ethnic and cultural tolerance.

In 2015 the volunteer phenomenon consolidated into the International Freedom Battalion (IFB), an alliance of communist parties alongside anarchist groups, that urged overseas combatants to join its ranks in the spirit of the International Brigades in the Spanish Civil War.

Today, volunteers from across the world — including France, Ireland, Spain, Iceland, the US, England, Scotland, China, Canada, Germany and Turkey to name only a few — have fought, with roughly 50 killed in action alongside an estimated 100 fallen members of the Turkish parties that make up the majority of the IFB.

After the defeat of Isis in Raqqa in June 2017, the IFB has remained to fight against the Turkish invasion that began in Afrin in 2018 and expanded to all 3 districts of Rojava when Turkey initiated “Operation Peace Spring” on October 9, 2019. Here we publish an interview with an IFB volunteer fighting the invasion in Serekaniye, an ancient city that has become the heart of leftist involvement in northern Syria.

1. Introduce yourself and tell us your situation at the moment of this interview?

I’m an internationalist fighter, a member of the TIKKO (Liberation Army of the Workers and Peasants of Turkey). TIKKO, like the other organisations composing the IFB, actively participated in the defence of the city of Serekaniye in northern Syria. We pulled out after 12 days of fighting in the direction of Til Tamir and Haseke. The war continues, the operations of Turkey and its “Free Syrian Army” (FSA) Islamist puppets continue, especially near the village of Menajir. They are trying to get closer so they can control the whole road between Serekaniye and Til Tamir. Today we are involved in the organisation of the defence of Menajir and Til Tamir.

2. You just came back from Serekaniye — what’s the importance of this city for the war as a whole?

Serekaniye is an important city in the history of the Rojava revolution. In 2012-2013 the people repelled the attacks of FSA and al-Nusra and since then the people of Serekaniye have always defended the revolution. Serekaniye was a pillar of the revolution, a fact that Erdogan was aware of. That’s why he strived to take it down. On the other hand, its geographical situation always made it easy prey for the Turkish state. We always knew that in the event of an invasion, Serekaniye would be one of the first targets.

3. Did analysis of Turkey’s invasion of Afrin in 2018 have an importance for long-term preparations? What does pulling back mean for the fighters?

Afrin reminded us of the revolutionary principle according to which, in the war, one must consider your own forces as primary and the allied forces (here the imperialists, especially the US and Russia) as secondary and unstable. Following that principle, after the fall of Afrin, the defence work for the border cities immediately started (such as building tunnels, defences etc.) We knew we couldn’t trust the imperialists: Afrin was the first example, this new occupation period is the second. 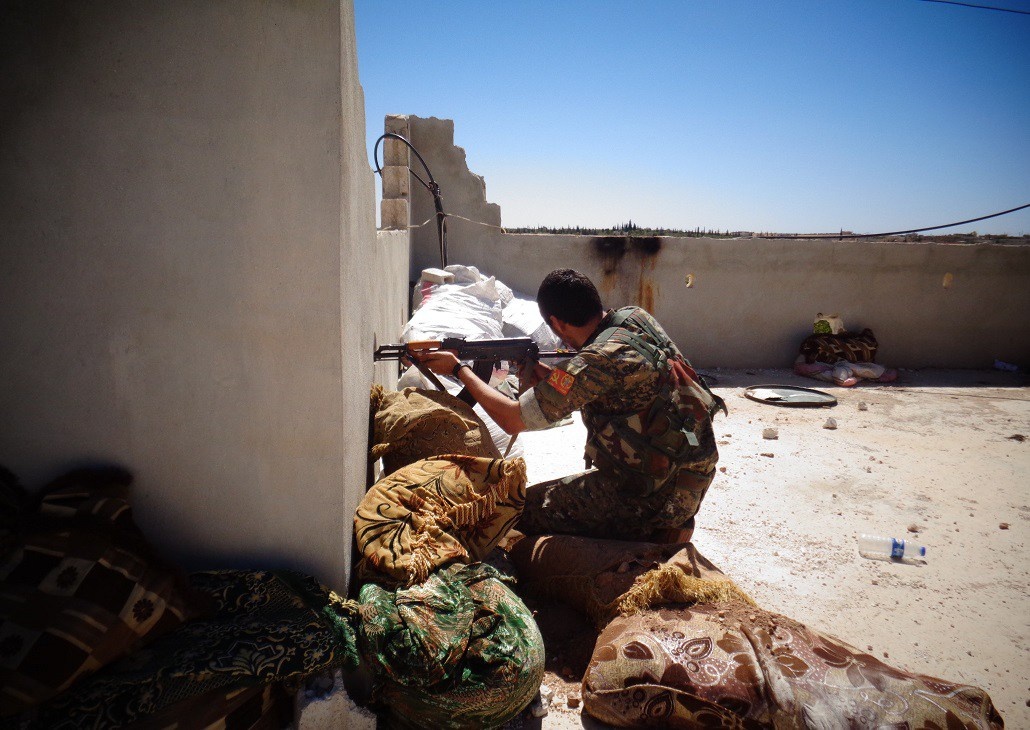 4. International volunteers have played an important role in the fighting. What does this mean for IFB?

The situation of the international movement was quite mixed in the last year. Imperialists were always annoyed by our presence here, and they pressed PYD to cut relationships with our work for internationalism. When war started, all those diplomatic issues vanished and the revolutionary forces were united again. The IFB took an active part in defending Serekaniye and maintains its presence on the front lines in the Til Tamir area. As long as the reactionary forces are assaulting the peoples of the region, the IFB will continue to exist and to fight.

5. What’s your analysis about coming developments in this war?

It’s really hard to make plans for the future. The agreement between Russia and Turkey to be pulled out from 32km seems to be accepted, as was declared by Mazlum Kobane [commander in chief of the the Syrian Democratic Forces (SDF) — a multi-ethnic alliance founded by the Kurdish YPG in 2017]. Even if it seems negative, it does not announce the end of revolution, because the democratic project is not only developing in Rojava, but in the whole territory controlled by the SDF.

The main aspect which we will have to focus on in the future is organising the people. If we were not able to defend Serekaniye and Gire Spi today, it is not only because of our military weakness. In the war, the human factor is the main factor. If the large majority of the people was really supporting us, we wouldn’t have been defeated; when revolutionary forces do have the support of the people, they are unbeatable. A concrete example can be seen in Turkey’s Kurdistan, where the PKK has been fighting for more than 35 years, and despite the fury of Turkish armed forces, it keeps reinforcing itself — the same for TIKKO’s guerillas who are still standing after 47 years of fighting. 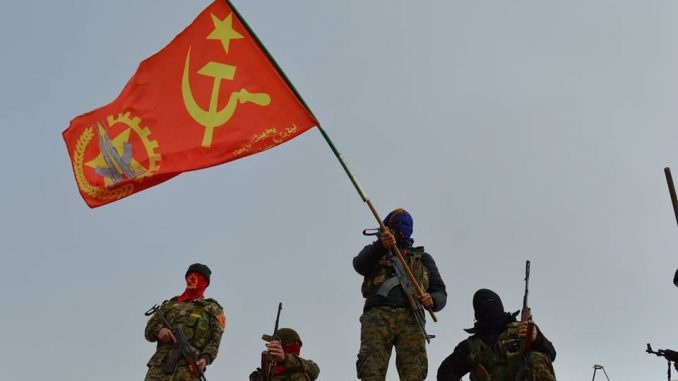 6. What would you say to the international solidarity movement?

In war, there are always ups and downs. I remember that after seven or eight days of fighting in Serekaniye, my morale was not high, with the violence of war, the tiredness, the feeling of isolation… But I had the occasion to contact the comrades in the second line, and they informed us that there were solidarity actions organised throughout the world to support us and that the world was supporting our resistance. It may seem ridiculous but it gave us a lot of strength and motivation to keep fighting.

Apart from this personal anecdote, on a more objective point of view, the revolution is international. The revolution in Rojava cannot succeed if it stays isolated, like Vietnam couldn’t have defeated the US if the American people weren’t pressuring the US state in opposition to the war. If the peoples of the world, especially in Europe and US do not mobilise to prevent the US, France, Germany and others from collaborating with Turkey, or from bringing back their armies to defend their share of the oil in the region, the war won’t stop.

The peoples of this territory just want to live in peace and secure a serene future for their children. The people write history, but in time of imperialism, the histories of the peoples are mixing together and the future of this area isn’t only dependent on the local population. That’s why we call upon all revolutionaries of the world to organise in solidarity with the people here and to pressure the countries they live in to stop collaborating with Turkish fascist state, the main entity responsible for most evils in the region. 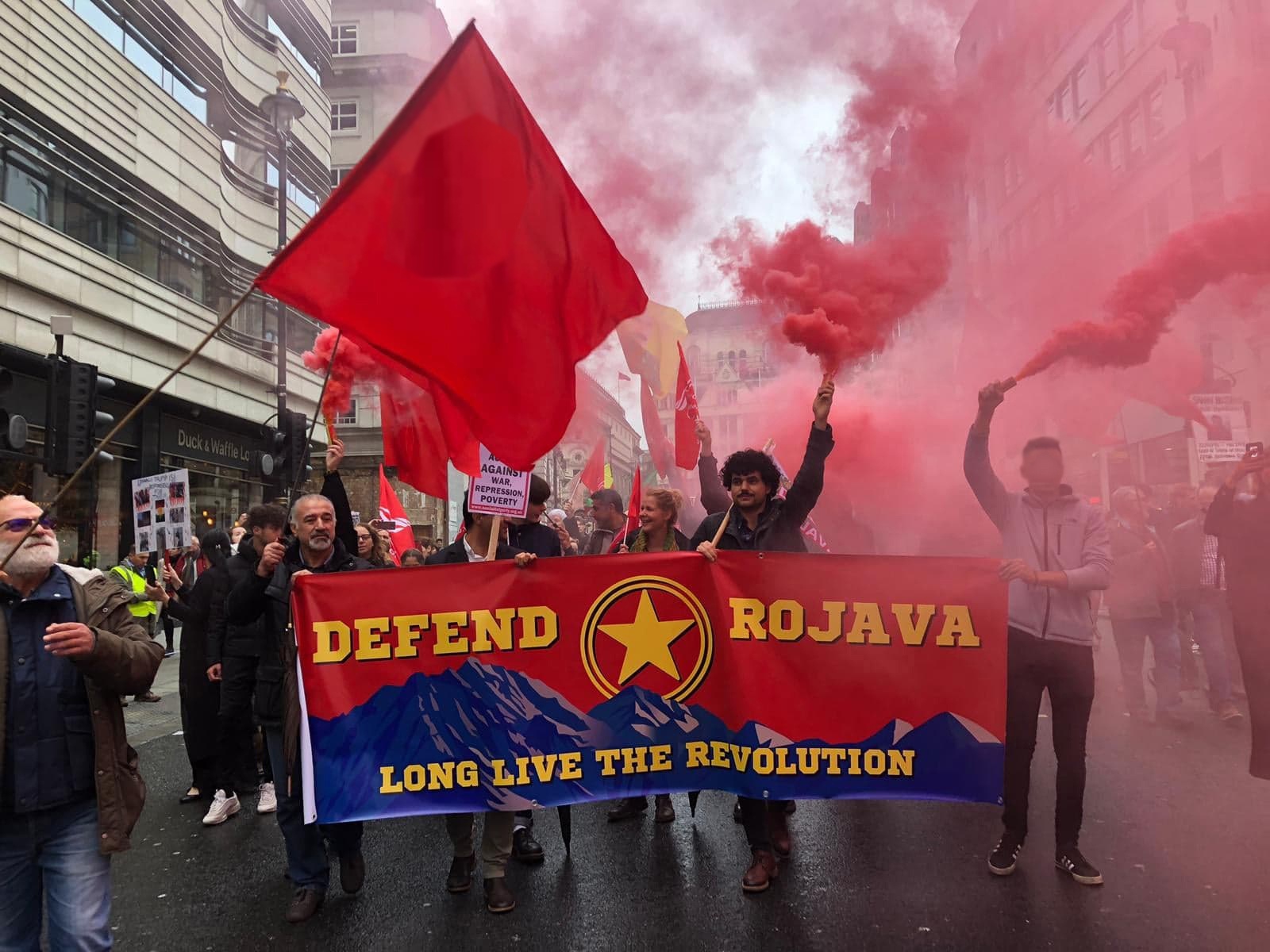