For the environment, runway expansion and the aviation industry as a whole must be confronted - and financiers' favourite London City Airport is the best place to start, writes IAN SINCLAIR

ON a muggy evening last month over 100 people attended a public meeting in a school hall in Wanstead, east London to hear about the proposed expansion of London City Airport.

Opened in 1987, the airport primarily services business travellers and the City, handling approximately 80,000 flights and 4.8 million passengers in 2018 (there is an annual cap of 111,000 flights).
The airport’s new master plan proposes a maximum of 151,000 flights and 11 million passengers a year by 2035, and more flights early in the morning and late at night (night flights are not allowed). In addition the airport proposes dropping the weekend break that is currently in place for residents living under the airport’s flight paths — there are no flights from 12.30 on Saturdays to 12.30 on Sundays.

These would be “modest changes,” said Sean Bashforth, Director of Quod, the airport’s planning advisers since 2006. “We are committing to no noisier aircraft than fly at the moment.”

This attempt to placate opposition mirrors the airport’s slick public relations campaign, which is full of assurances about the expansion. “This is not going to be significant or uncontrolled growth,” Robert Sinclair, airport chief executive, told the BBC recently. “It will be done in a way that is very, very sustainable and responsible and incremental.”

In contrast, John Stewart, Chair of HACAN East, a campaign group giving a voice to residents impacted by the airport, told the meeting: “City Airport’s assurances in the past have not been good.”

“We were told it would be a small airport” when it was first built, he explained. “Then a series of planning applications went through and it got bigger and bigger, so the size of the airport now is a totally different beast to the one that was promised… I think that’s why there is mistrust and there is anxiety about the future.”

The proposed expansion would likely lead to nearly double the number of flights at the airport. “The density of the population around London City exceeds that of any other airport in the UK,” noted a briefing paper from HACAN East. Therefore, LCY “impacts more people than any UK airport bar Heathrow and Manchester,” with 74,000 people living within its “noise zone,” as defined by the EU.

“Major studies and reviews have concluded that aircraft noise is negatively affecting health and quality of life,” a 2016 report from the NGO Aviation Environment Federation (AEF) observed.

“Exposure to aircraft noise can lead to short-term responses such as sleep disturbance, annoyance, and impairment of learning in children, and long-term exposure is associated with increased risk of high blood pressure, heart disease, heart attack, stroke and dementia.”

“There is evidence to suggest that aircraft noise may also lead to long-term mental health issues,” the AEF added. 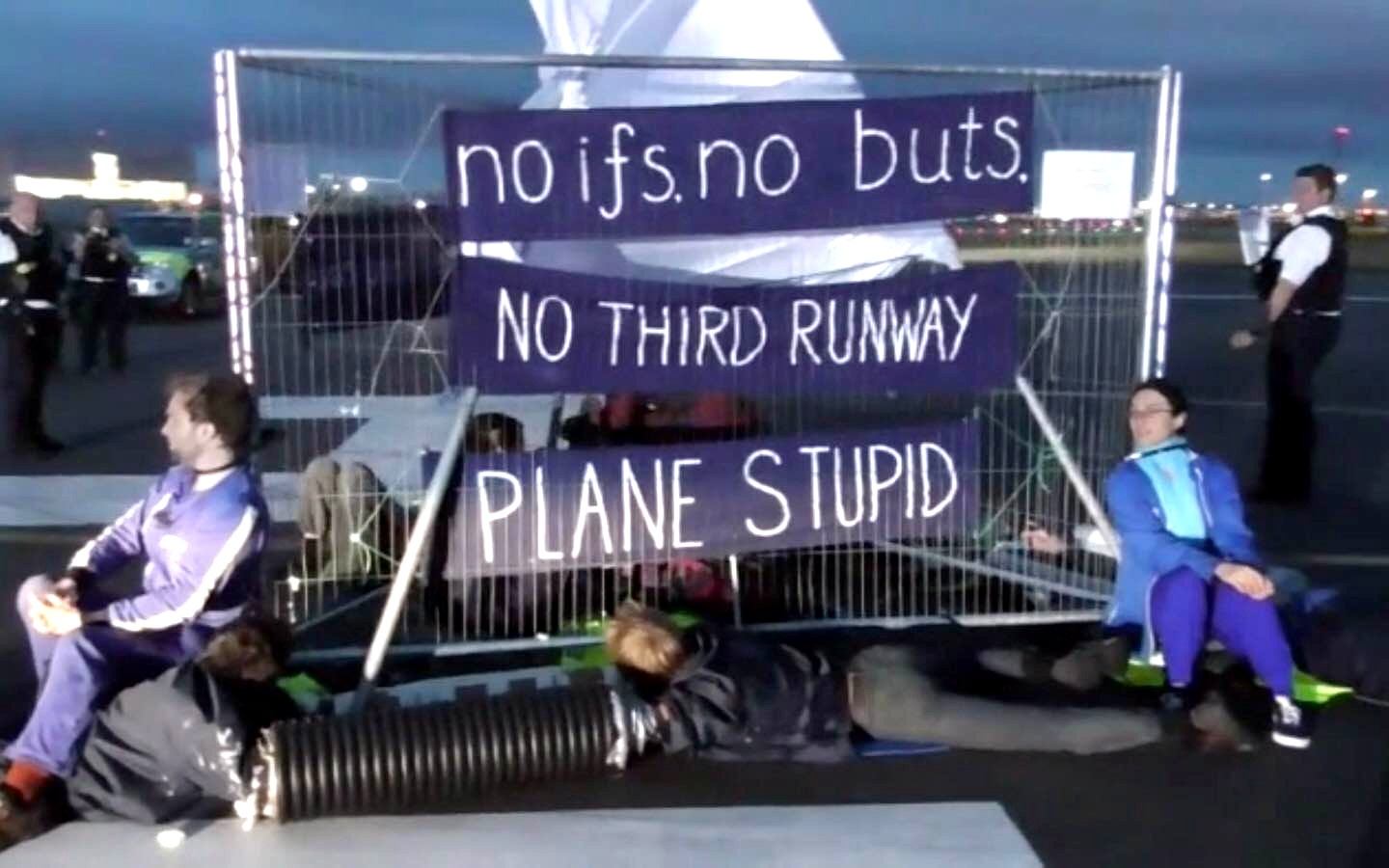 Speaking at the meeting Leyton and Wanstead Labour MP John Cryer said he has written to the government asking for an inquiry into the effects of air and noise pollution on communities living close to airports: “There has never been a government inquiry into this and I think it’s about time that we had that.”

In addition to noise levels, climate change is increasingly a concern for many people. In April the Guardian noted “Worldwide, aviation is one of the fastest growing sectors for greenhouse gas emissions, which increased by 76.1 per cent between 1990 and 2012, according to the UN’s climate body.”

Paying lip-service to the ongoing shift in public opinion on climate change engendered by Extinction Rebellion (XR) and the student climate strikes, Liam McKay, the airport’s director of corporate affairs, told the meeting: “Carbon is very important… The airport is committed to being net-zero by 2050.”

A young woman in the audience wasn’t impressed. “I am a mum. I’m going to have two little girls who are going to be living in this country and this world in 70, 80, 100 years’ time. And you are talking about continuing to expand the ruination of our environment.”

To applause she directly asked the airport representatives: “Do you have children? Do you care about what happens to their future?”

And the impressive-sounding commitment to be “net-zero by 2050”? Turns out this refers to the airport estate itself — not the hundreds of thousands of flights in and out of the airport, of course.

There are indications the government is waking up to aviation’s key role in exacerbating the climate crisis. In its report recommending the adoption of a net-zero carbon target by 2050, the committee on climate change (CCC) raises the possibility of constraining aviation demand, noting they plan to write to the government about “its approach to aviation” later this year.

Similarly in May 2019 the BBC News website reported that a senior civil servant from the Department of Transport had said it may be necessary to review the UK’s expected aviation growth in light of the CCC’s report.

Interviewed by the Morning Star earlier this year, Dr Declan Finney, a post-doctoral researcher at the University of Leeds, and Dr Giulio Mattioli, a research associate at TU-Dortmund in Germany, were blunter in their analysis: “Expanding airports is not a neutral technical measure, it’s a political choice with important consequences. And it flies in the face of the Climate Emergency declaration passed by the House of Commons.”

Stewart, as readers may be aware, has form when it comes to opposing airport expansion, having led the campaign which stopped the proposed Third Runway at Heathrow in 2010 — one of the biggest and most important wins for grassroots activism in post-war British history.

In his inspiring pamphlet Victory Against All The Odds: The Story Of How The Campaign To Stop A Third Runway At Heathrow Was Won, Stewart highlights the central role played by direct action activists — Plane Stupid — in this victory.

“As well as dramatizing the issue, it put real pressure on the Government and frightened the construction industry in a way that conventional campaigning on its [own] could not have done,” Stewart explains about the direct action undertaken in the 1990s opposing road building, and why he was so happy when Plane Stupid started campaigning on Heathrow.

On London City Airport’s proposed expansion, it is possible Stewart will, once again, be joined in his campaign by direct action activists. In a newly published memo discussing Extinction Rebellion’s strategy and tactics moving forward, Rupert Read, a member of the group’s political strategy team, discusses focusing on aviation. “Target London City Airport, rather than Heathrow,” he suggests, arguing the fight to stop its expansion is “more easily winnable” than stopping Heathrow expansion.

“Because London City is overwhelmingly used by business people and the rich, and offers little benefit to the local community,” Read believes “it would be a perfect opportunity to land the message that, while we all have a responsibility to prevent ecocide together, it is big business, the super-rich and the City that bears the heaviest responsibility.

“If we stopped London City Airport expansion, we could then move onto Heathrow afterwards,” he concludes.

Let’s hope, for the sake of the young woman with two children, local residents and, indeed, the entire planet, that Extinction Rebellion turns its attention to aviation, including the expansion of London City Airport, very soon.