Gay rugby player KEN MACHARIA will report to Bridgewater Police station today where he fears he may be detained. He tells Ben Cowles his story

After 9 nyears out of the closet, Ken Macharia is under threat of deportation to Kenya where homosexuality is illegal and gays live in danger.
×

KEN MACHARIA arrived into Britain in 2009 to study a masters degree in mechanical engineering at the the University of the West of England.

“When I was in Kenya,” he tells me over the phone, “I was hiding my sexuality and at the time that was normal practice. I had to hide who I was.

“And when I first came to Britain I was still overcoming the same fears I had back there. I didn’t let people know I was gay and felt shy and fearful about it.” His mother was already living here and encouraged him to come and study in Britain. The application process was pretty straightforward, he says. “I just needed to get a place in college and prove I had the money for the fees.”

All this happened before Theresa May, as home secretary in the Tory-Lib Dem coalition government, implemented the harsh anti-migrant policies that came to be known as the hostile environment — perhaps her one and only legacy.

“At the time they were offering what was called a post-graduate visa,” Macharia explains, which gave foreign graduates the opportunity to gain work experience in Britain before going back home.

“Again, this was another straightforward thing.

“The problem came when I saw my work visa was going to expire. I looked at the requirements to renew it, and realised the Home Office had raised the salary requirements above what I was earning.”

It was then, in April 2016, that Macharia first considered the prospect of returning to Kenya. “I had changed so much, I did not want to go back to Kenya, to go back and start hiding who I am.”

Homosexual activity in Kenya is illegal. The Foreign and Commonwealth Office (FCO) advises British travellers with those exact words on its website.

“Public displays of homosexuality,” it says, “like holding hands or kissing in public places could lead to arrest and imprisonment.”

What it doesn’t mention is that people can be locked up for up to 14 years if convicted of homosexual acts. Of course, the FCO avoids mentioning that Kenya inherited this particular draconian law from British imperial rule.

“I did a Google search and found a Home Office document that said ‘being unable to live openly and freely as a gay man is a basis for claiming asylum in the UK’,” Macharia says.

“The document told me what to submit and I thought the problem was solved.”

Macharia was about to find out about the hostile environment the hard way.

“I was really, really surprised when I got the reply from the Home Office. The first thing they said was they didn’t believe I was a gay man.

“That was the first time I lost faith in the Home Office.”

He launched an appeal in December 2016 and, though the judge agreed Macharia was honest about his sexuality, he upheld the government’s rejection by making the absurd claim that LGBT people in Kenya can live openly and freely without the risk of prosecution.

“I could not understand how anyone could say such as thing.

“I went to an appeal at the upper tribunal and came to learn that in the immigration system, for some strange reason, you cannot appeal against a judge’s decision, you can only appeal on error of law.

On the outside, the petition his Bristol Bisons teammate Andrew Holmes set up calling for his release went viral receiving tens of thousands of signatures and drawing the attention of the corporate media.

“Soon after, the Home Office sent me a letter saying they had cancelled my removal."

Meanwhile in Kenya, gay activists tried overturning their country’s homophobic colonial-era law. On May 24, the country’s high court, however, decided not to overturn the law.

Justice Roselyn Aburili said: “If [gay sex is] allowed, it will lead to same sex persons living together as couples. Such relationships, whether in private or not … would be in violation of the constitution.”

On Monday, Macharia received a letter from the Home Office rejecting his asylum claim again, saying: “You have no basis to stay in the United Kingdom and you are expected to make arrangements to leave the United Kingdom without delay.”

The letter also ordered him to sign in at Bridgewater Police Station today at 11am.

“I’m hoping nothing will happen there but I don’t know,” Macharia says. “The last time they put me in detention was when I reported to the police.

“I don’t know what will happen. I’m hoping they’re not planning to put me in detention again, but I have no idea what they’re planning to do.”

Members of the Bristol Bisons are planning to go with him to the police station and support him. The team’s captain Murray Jone told the Star on Monday that they too are worried he will be detained.

“We want to get as many people there to support him as we can,” Jones said. “We want media, supporting organisations, anyone to come along and support him.”

Macharia says he is overwhelmed by the support he has received from his teammates and the public.

“It’s amazing, especially considering what the team are sacrificing to give me support.

“We have a rugby tournament in Dublin and quite a large number of the team have already flown out there, but many of them have flights on the Thursday so some of them are going to come with me to Bridgewater before heading off to the airport.

“So I am really indebted to them. They’re a great bunch of friends.” 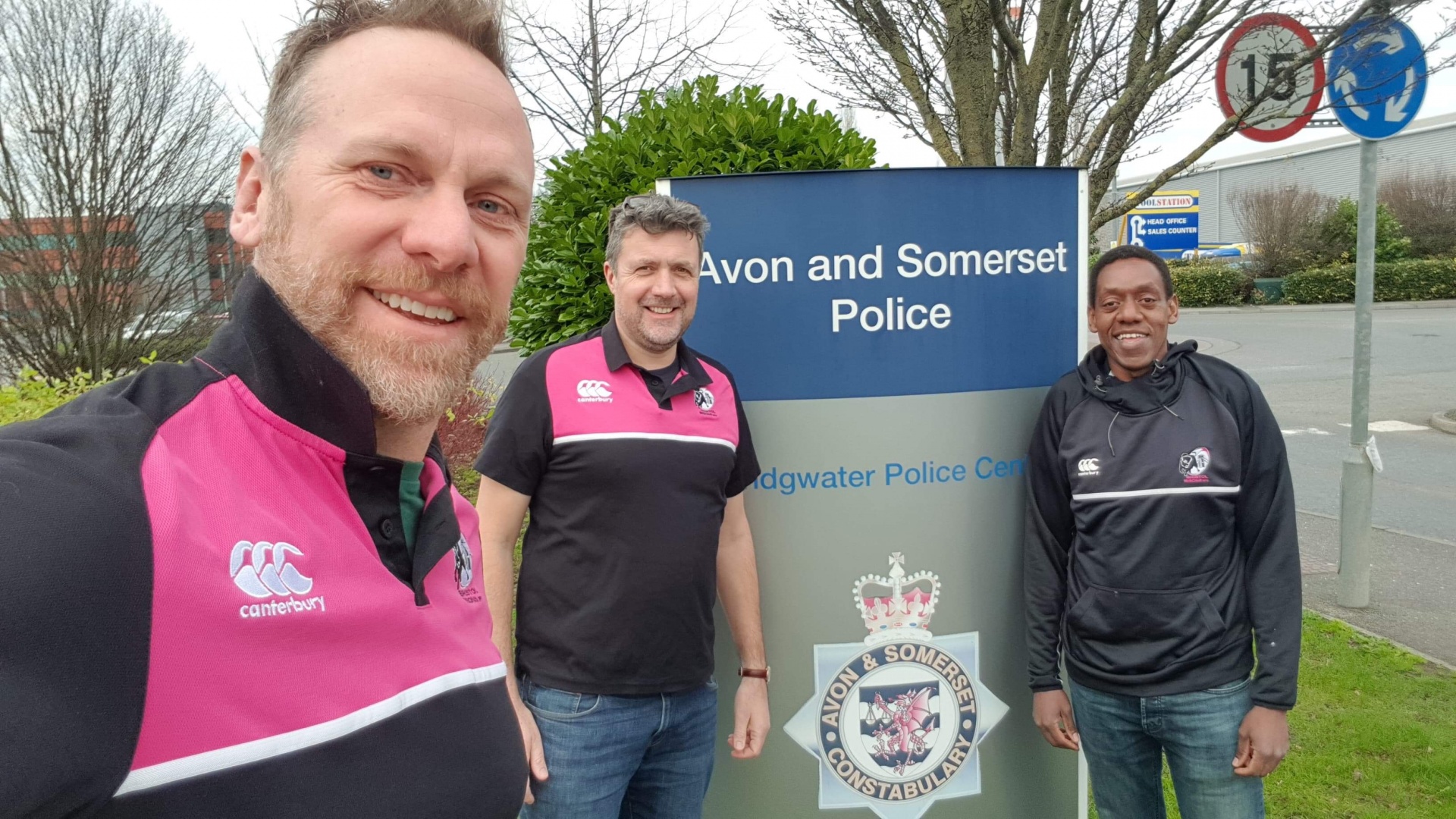 Macharia has found it hard to consider the possibility of returning to Kenya. Having spent nine years living as an openly gay man in Britain, he dreads having to go back into the closet and fears for his safety.

“I have been thinking for a long time that I will eventually be allowed to stay. But it’s difficult. I can only say what a lawyer once told me. If I were to go back to Kenya to be safe, I would not be able to engage in same-sex intimacy or if I do, I must make sure I am not caught.

“In order to remain safe, I would have to watch the places I go to. The poorer areas can be more homophobic.

“In the more affluent neighbourhoods, you may have neighbours who don’t interact with each other and therefore don’t know about each other’s lives. But to live in those neighbourhoods I would need money I don’t have.

“There is open discrimination in getting employment there. I’ve heard stories of landlords kicking people out once they find out they’re gay.

“When I was in detention, my story was picked up in Kenya and there were a lot of homophobic comments that accompanied those stories.

“I used to think that Britain was a champion of human rights. Growing up, I always heard Britain and the US criticising other countries for their human rights records. But that opinion has degraded seeing what is happening.

“My hope levels are low at the moment. I was convinced that after what happened to me in November, the Home Office would give me permission to stay.

“But after receiving the last letter, my optimism level is very low.”

For more on the team visit their Twitter page on @bisonsrfc.