‘A law for the future of a liveable planet’

DR ANDREW BOSWELL, an independent environmental consultant and former Green Party councillor, assisted in the drafting of the Climate and Ecological Emergency Bill. Here he tells Ian Sinclair about the Bill’s key components and why it is so desperately needed

ON AUGUST 12 Green MP Caroline Lucas, with the support of a group of 11 cross-party MPs, tabled the Climate and Ecological Emergency Bill, a private member’s Bill, in Parliament.

According to the campaign backing it, the Bill “has the potential to become the most significant move forward since the Climate Change Act 2008.”

The Westminster government often proclaims itself as a world leader when it comes to responding to the climate emergency. Can you explain the current legal targets and laws the government is required to adhere to, and what the problems are with these and the government’s response to them?

The climate emergency will only stop getting much worse when all carbon pollution stops and atmospheric levels stabilise.

The original Climate Change Act (CCA) targets set in 2008 allowed emissions to continue beyond 2050 at a fifth of 1990 levels.

Fossil fuel companies could go on extracting, corporations could continue destroying nature, politicians could avoid acting and the public could be lied to about the scale of the emergency.

Continuing to suit corporate interests, the recently legislated “net-zero 2050” is only a small change to this pervading mindset, as it allows carbon pollution to continue, atmospheric levels to continue upwards and the emergency to rapidly worsen for another 30 years.

In short, the CCA targets reflect the extremely limited ambition of governments globally to tackle what is an emergency and failure is built into their architecture.

First, the targets frame the policy response as incremental steps over decades.

This is convenient for a Whitehall culture not fit to step up to the emergency: policy development can be played out as a slow-motion waltz of documents bouncing back and forth between the Committee of Climate Change (CCC) and government.

It suits the lobby and media giants, who block and slow change at every step and were exposed so well by Extinction Rebellion recently.

The Treasury seeks to weaken them as just another policy wrangle. 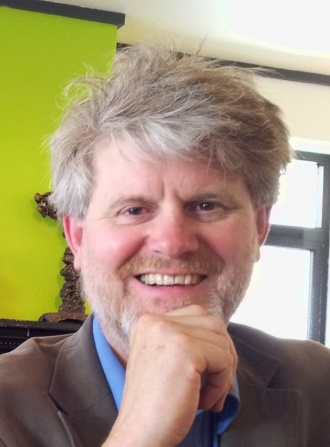 Further, they are defined for five-year periods while the climate emergency is moving much faster.

Third, recent science is providing real budgets which show how way off CCC budgets are.

UK scientists have recently shown that the UK is set to emit more than twice its Paris-compliant budget.

Instead, the UK must reduce emissions at greater than 10 per cent year-on-year reductions starting now.

Further, cynical governments cherry-pick dealing with the easiest half of the problem: they avoid accounting for emissions from shipping and aviation and emissions from imports and exports.

These quietly forgotten consumption emissions are around 45 per cent of UK emissions.

Tariffs for home renewable energy production have been slashed while fossil fuels are funded with billions.

Secondary legislation in planning has allowed roads and airport expansion to proceed irrespective of their climate impact.

What are the main tenets of the Climate and Ecological Emergency Bill? What is new in the Bill?

The Bill gives equal weight to both the climate and ecological emergencies with expert drafting from scientists and fully frames the massive step change and revolution in mindset required and firmly places responsibility across all of government.

On the climate side, the Bill’s key objective is to limit UK emissions to a science-based carbon budget consistent with the Paris Agreement, including the Paris equity principle whereby the UK must reduce emissions faster compared to developing nations and compensate for its historical contribution to global heating.

On the ecological side, the objectives are to restore soil, biodiverse habitats and ecosystems, reducing the human impact on them.

Climate and ecology are two sides of the same coin and the Bill fully recognises this interdependence.

The Bill amends the CCA and creates an enhanced role for the CCC: this is expanded to cover the health of UK ecosystems including species abundance, quality of biodiversity and habitats and soil quality, and to evaluate import/export supply chains for their impact on natural resources, land, waste and pollution.

Legally binding annual targets are introduced for both climate and ecology to replace the slo-mo five-year budgets.

A citizen’s assembly (CA) is immediately set up under the Bill, to develop a strategy and the government is legally bound to legislate and develop policy from its recommendations.

Citizens want to solve this crisis, with expert advice: they see the benefits of acting and are generous in their time.

This is true democracy which challenges the corporate-controlled mindset against change, while giving political cover to the politicians willing to act.

The Bill states it does not allow for negative emissions technologies. What are these and why is the Bill opposed to them?

For example, carbon capture and storage (CCS) proposes capturing post-combustion CO2 and burying it under the North Sea.

It is proposed for UK electricity production from both gas-fired and biomass-fired power stations: both should be avoided on policy and technical grounds.

CCS does not exist at scale: it does not meet the urgency and will lock the UK into policy fail.

This is because greater than 10 per cent year-on-year emission reductions are required from now which means the UK reaching emissions levels around one fifth of those now by 2030.

NETs will not be developed at scale by then, and therefore cannot significantly contribute to this crucial decade where steep and real cuts in emissions are needed to eradicate four fifths of current emissions.

Depending on CCS will result in the unforgivable policy fail of overshooting the Paris Agreement 1.5°C target.

CCS has only emerged in policy to enable the same fossil fuel interests to delay real emission cuts despite compelling, but complex technical reasons against it.

Non-burning technologies like solar, wind and energy storage are cheaper, can already be rolled out at scale and can provide for our energy needs.

The Bill removes any dependency on NETs so that the UK can meet its overall objective of Paris compliance with reliable and existing technology and by real emissions cuts.

It does allow some niche use of NETs where emissions cannot be eliminated in steel and cement processes.

The Bill mentions the precautionary principle (PP). What is this and how is it relevant to the climate crisis?

The 1992 United Nations Rio Declaration introduced the PP which says that where there are threats of serious, irreversible environmental damage, the lack of full scientific certainty is no reason for postponing cost-effective mitigation measures.

The appeal judgement in Plan B’s case against Heathrow airport makes clear that the PP is part of UK law: properly applied it is a strong legal and policy tool for forcing governments to act on climate change.

The Bill is both revolutionary and precautionary. Revolutionary: it is a law for the future of a liveable planet for all species and can lead radical global action.

Precautionary: it obliges the UK government to take the maximum preventive action on the climate and ecological emergency now.

We need it on the statute and working as soon as possible. No surprise, the government has already delayed its parliamentary progress.

Please ask your MP, especially Labour MPs at this stage, to support it.

Campaign resources for the Bill can be found at ceebill.uk. Andrew Boswell tweets @Andrew9Boswell.