A Jeremy Corbyn-led government will transform the workplace, writes MATT WILLGRESS, national organiser of the Labour Assembly Against Austerity

DELEGATES’ and visitors’ lanyards and all the branding at this week’s TUC Congress call for a new deal for workers, and after nearly a decade of Tory austerity, and decades of neoliberalism, such a new deal couldn’t be more needed.

It is an absolute scandal that we have six million people earning less than the living wage, and four million children growing up in poverty, with more children in working families being reliant on foodbanks than ever before. 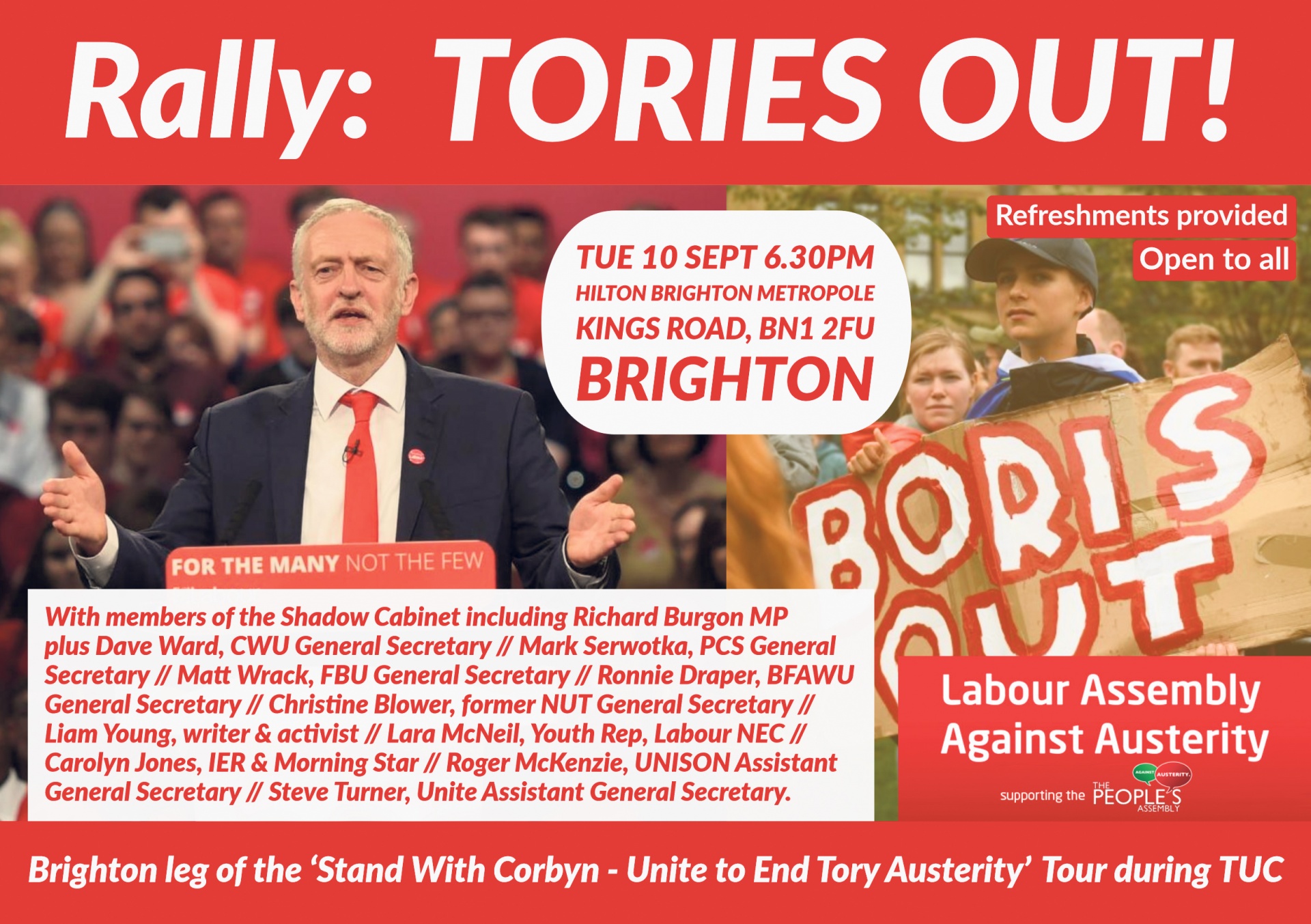 What is perhaps even more of a scandal is that we have a government which shows such little interest in tackling these challenges and offers no positive solutions.

Indeed, under Boris Johnson’s “Trumpite” agenda, protections at work would only be further weakened.

As a motion to Congress puts it this week, “The world of work today is a harsher and more pressurised environment than at any time in living memory — in or out of the EU, new technology and the intensification of work only threatens to make this worse.

“Millions of working people either have insecure contracts, experience stress, feel unsafe, experience discrimination, don’t know their rights, are underpaid for their overtime, are in poverty or don’t feel like they have a voice at work.”

And as Rebecca Long Bailey MP has said, “For too long, working people in Britain have seen their rights at work, and subsequently their living standards, sacrificed to the altar of austerity.”

This needs to change urgently. There has been vital campaigning within the trade union movement alongside extra-parliamentary movements such as the People’s Assembly Against Austerity. And under Jeremy Corbyn’s leadership Labour’s clear anti-austerity programme shows the party has become a clear advocate of transforming the workplace.

Pledges in the last Labour manifesto to this end included an end to the public-sector pay gap, raising the minimum wage to the level of the living wage to give nearly six million people a pay rise, and double paid paternity leave to four weeks and increase paternity pay.

Crucially, Labour would also roll out sectoral collective bargaining as the most effective way to improve working people’s pay and conditions.

In terms of your rights, safety, dignity and security at work, Labour would shift the balance of power by giving all workers equal rights from day one, banning exploitative zero-hours contracts to improve job security and it would strengthen protections for women against unfair redundancy.

The draconian Trade Union Act would be repealed, and not only would these pledges extend the rights of working people, but ensure the enforcement of these rights too, including the abolition of employment tribunal fees so that people have access to justice.

As we seem to approach a general election, policies such as these, and more to be announced in the weeks and months ahead, will be the cornerstone of Labour’s programme to bring an end to the rigged economy that many experience in workplaces across Britain.

It’s also important to point out that while Labour and other opposition parties share an opposition to Boris Johnson’s “no-deal” plan — and in Labour’s case this includes a strong opposition to his vision of a bargain-basement economy and free-trade agreement with the US that will open up our NHS and other public services to be sold off to US corporations — it’s important to remember that only Labour has a consistent anti-austerity message and a credible, coherent and progressive alternative economic strategy.

Progressives must be clear that only a Jeremy Corbyn-led, socialist, Labour government will not only make that possible, but update our economy for the 21st century, invest in our future and prepare us for the challenges ahead.

Let’s do all we can to further build opposition to the Tories’ reactionary agenda, including the vital People’s Assembly protest at the upcoming Tory Conference in Manchester, and to popularise Labour’s alternative, for the many not the few.