A CORONER has ruled that a British army officer who was run over in broad daylight by US troops in Iraq was killed because US troops were driving a giant forklift truck in a manner that was “inherently unsafe” and “entirely improper.”

The two US soldiers involved in the death of Captain Dean Sprouting at Camp Havoc last January have snubbed the family and failed to attend his inquest at Oxford County Hall today.

After the inquest, his widow Linda said the US soldiers were “fully to blame” and “need to be accountable for their actions.”

She drew a comparison with the hit-and-run death of teenager Harry Dunn by the wife of a US diplomat outside a spy base in Croughton, Northamptonshire.

Ms Sprouting said her husband’s death was “strikingly similar” and said “my heart does go out to the Dunn family” — as news broke that Donald Trump does not plan to make the woman, Anne Sacoolas, face justice in Britain. 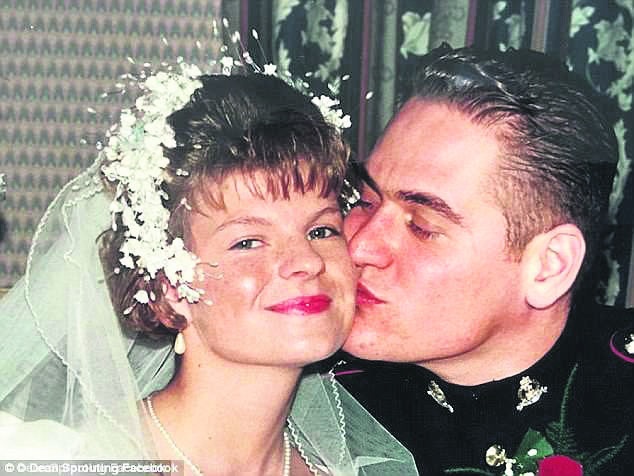 The US President said the fatal collision at RAF Croughton on August 27 was a “terrible accident” and that driving on the wrong side of the road “happens.”

Ms Sprouting warned that US personnel involved in these deaths “think they’re infallible and they can’t be touched — it’s wrong when they committed a crime.”

The inquest into her husband’s death was conducted by the senior coroner for Oxfordshire, Darren Salter.

He revealed that US soldiers involved in the killing of Cpt Sprouting had refused to attend the hearing.

Instead he read out an inflammatory written statement from one of the absent soldiers which tried to blame the dead man, saying the victim was “dumb” for jogging on the road when the crash took place.

Cpt Sprouting, a 46-year-old married father of two, joined the army as a private nearly three decades before the fatal collision at Camp Havoc, Al Asad airbase, Iraq, on January 31 2018.

He was deployed with the Black Watch in Iraq on Operation Shader to help fight Isis.

Just months after Cpt Sprouting’s tragic death, SAS sergeant Matt Tonroe was accidentally killed by US forces while fighting Isis in Syria, as previously revealed by the Morning Star.

Now the Sprouting inquest has raised yet more questions about the conduct of US forces on joint operations.

It emerged that the Pentagon conducted a criminal investigation into two US national guardsman at Al Asad airbase, who were suspected of “negligent homicide” over Cpt Sprouting’s death.

US and British detectives recommended criminal charges for “dereliction of duty.” But a brigadier general from the Iowa National Guard decided not to bring any charges against the pair, the coroner revealed.

Captain Sprouting’s grieving widow Linda, a science technician at a school in Dunblane, then demanded to know if the US personnel had tampered with DNA evidence and questioned why the Pentagon had dropped charges.

Her husband was on a routine jog at the airbase when he was crushed by a 29-foot-long forklift truck driven by US guardsman Sergeant Steven Gray. 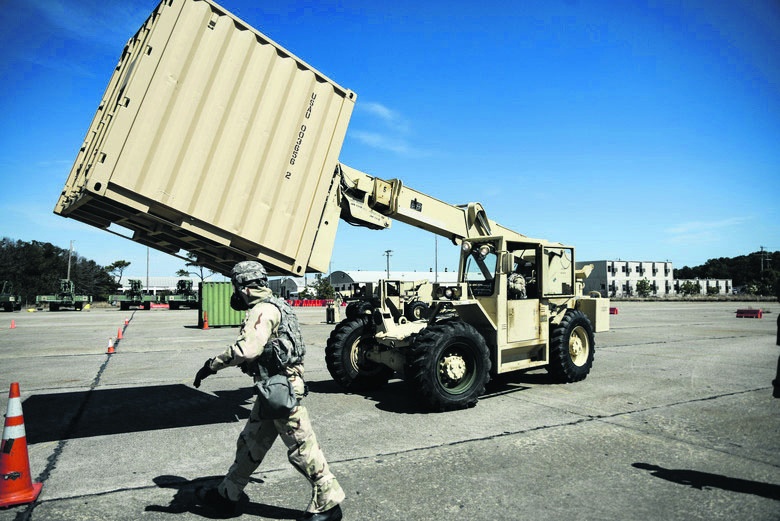 The sergeant was moving a shipping container three kilometres along Tower Road at Camp Havoc.

Coroner Salter showed the inquest damning photographs of the forklift truck as he highlighted how its cargo created a significant blind spot. The Star was not allowed to publish the images for “security reasons.”

The coroner then read out statements that US troops had given to investigators in which the driver of an escort vehicle, Staff Sergeant John Miller, claimed that jogging at that part of the base was “the dumbest thing ever” as the road was narrow and clogged with heavy traffic.

But Scottish soldier Major Ian Houston told the inquest that his colleague was running on a route officially sanctioned by the US military, who manage the airbase.

GPS evidence from Captain Sprouting’s Garmin watch confirmed that he had not deviated from authorised routes, while Maj Houston said it was “100 per cent” normal for troops to be running along the road at that time of the afternoon.

He also questioned the US soldiers’ version of events and noted that “the field of view out of the forklift is not brilliant, especially if you have a metal container” on the forks.

The officer said: “The saddest thing for me was […] he was so close to being in his accommodation — another 20 metres and he was in.”

Coroner Salter concluded that the incident had been “an accident waiting to happen,” although it did not reach the high threshold required for a verdict of unlawful killing.

He criticised the US troops for using a forklift rather than a flatbed truck to move a shipping container such a long distance. He said it was “perplexing” that there was no ground commander clearing the road of pedestrians.

He said “there was no pressing need” to move the container and the US could have waited until more suitable arrangements were in place.

He also ruled out suggestions that Captain Sprouting’s hearing could have been restricted by an ear infection.

“Never did he have an issue hearing what I said,” the officer assured the coroner, describing the death as “tragic” and “hard to comprehend.”

Wing Commander Robert Bamford from Britain’s Defence Safety Authority said: “The reason he was run over was because of poor procedures by the Americans.”

The Royal Air Force officer said he was “surprised” that all charges against the US men had been dropped.