PLATO infamously wanted to banish poets from his republic. What happens, though, when poets end up in charge of one? Volker Weidermann's Dreamers, a moving, novelistic retelling of the short-lived Bavarian Council Republic founded in 1918, provides an account of the time this briefly became a reality. 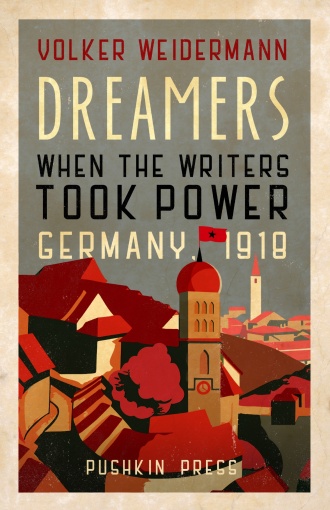 With a cast drawn from the pantheon of 20th century German writers, including Rainer Maria Rilke, Herman Hesse and Thomas Mann, it brilliantly resurrects an oft-forgotten episode when poets took power and were no longer merely the ”unacknowledged legislators of the world,” as Shelley once claimed.

Briskly narrated in an immersive present tense, Weidermann sweeps the reader up in those febrile months. Out of the rubble of WWI, the German revolution is in full swing and, on November 7, thousands are out on the streets while the ancien regime struggles to maintain order.

Under the cover of night, Ludwig III scuttles out of Wittelsbach Castle to escape to Austria. From this power vacuum, buoyed on by a crowd fuelled by revolutionary hope, the dewy-eyed theatre critic, Kurt Eisner, unwittingly emerges as the new Prime Minister of Bavaria.

Munich swiftly becomes a laboratory for utopian ideas. Eisner wants to create a “permanent democracy” of councils with artists at the helm, believing that, “if art is put into the service of the people everywhere, then a new age will dawn.”

While Rilke was initially inspired by the revolution, Thomas Mann was less enamoured and, “hoping for a German centre ground,” he comes across as a dyspeptic centrist Dad. This is just one of Weidermann's many wry nods to the present.

With a young Adolf Hitler watching on, initially it seems that this is a mere whimsical tangent in Germany's history before its inexorable and tragic arc towards the horrors of nazism.

What eventually transpires is a tragedy with its own peculiar logic and gravitas. After Eisner's assassination, Ernst Toller's attempts to maintain the revolutionary momentum as well as his compromise with his pacifism to defend the republic are invested with delicate pathos. Even before the Freikorps eventually march on Munich, we are achingly aware of the evanescing of this utopian dream.

Throughout, the republic is repeatedly described as a fairy tale, an ephemeral fantasy that could not last but, in its retelling, we're valuably reminded of the contingency of these historical moments and how they are there to be seized.

Like all fairy tales, Weidermann tells an enchanting, magical story freighted with moral complexity but, unlike most, the tale of the Bavarian Council Republic didn't end happily ever after.

Perhaps next time it will.

Chile's presidential primaries: he return of dignity for the people

We should be fighting the Tories, not each other

The uprising of the thirsty

Boris Johnson, a liar? The PM who admires Churchill – and Pinocchio

We, Unite retired members, urge you to vote for Steve Turner as our next general secretary