CONSIDERING the region’s importance to Britain, it’s surprising to discover this essential and deeply impressive book is the first comprehensive study of its relationship with the authoritarian states of the Gulf Co-operation Council (GCC) — Bahrain, Kuwait, Oman, Qatar, Saudi Arabia and the United Arab Emirates. 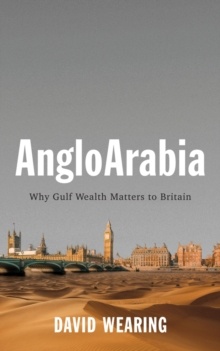 Taking a broadly Marxist perspective — Middle East scholars Gilbert Achcar and Adam Hanieh are thanked for their guidance in the acknowledgements — David Wearing sets out how Britain has played an important role in the promotion and preservation of monarchical rule in the region which, in turn, has helped it maintain its global power status since the demise of the British empire.

The primary reason for Western interference in the region, Wearing notes: “The UK’s current interest in Gulf oil and gas is less about direct energy supply and more about strategic, geopolitical and commercial interests.”

He takes a similarly wide-angle analysis of the billions of pounds worth of weapons Britain sells to the GCC, arguing that the arms trade is of key strategic value to British military power rather than simply about commercial profit.

Additionally, British arms sales have enabled autocratic governments to stay in power, with many of the weapons “used against their own people,” Oxford University’s Middle East Centre director Eugene Rogan told the House of Commons foreign affairs select committee.

An example is the Saudi Arabian soldiers who rode into Bahrain to help crush the 2011 popular uprising in Tactica armoured personnel carriers manufactured by BAE Systems in Newcastle-upon-Tyne.

“Even the police dogs we have are trained up by British company Top Dog,” Bahraini activist Ala’a Shehabi told me in 2015.

Wearing also does a public service by devoting a section of the book to the ongoing Saudi-led, British and US-backed, assault on Yemen — the biggest humanitarian crisis on the planet today, according to the UN.

According to a UN panel of experts, the war is energising al-Qaida in the Arabian Peninsula and Wearing contends that the ongoing slaughter is a good illustration of “the strength of the British state’s commitment to support the Saudi kingdom even in the face of considerable pressure and criticism.”

Carefully written and well referenced, Wearing writes in a very controlled academic style which is accessible to the general reader. He ends with some brief comments about an alternative British foreign policy, one that abandons attempts to project power on the international stage, restricts the military posture to one of self-defence and transfers the arms industry’s highly skilled workforce to the growing renewable energy sector.

Though Wearing doesn’t mention it, the best chance of achieving these much-needed changes in the near future is almost certainly a Corbyn-led Labour government.

If implemented, this unprecedented shift would transform our relationship with the Gulf autocracies, giving civil society activists and the people of the GCC a fighting chance of winning significant democratic change in their own nations.