Revelatory accounts of courageous Germans who resisted the nazis during WWII

LEST WE FORGET: Memorial plaque to Werner Seelenbinder in Berlin Photo: OFTW/Wikipedia
×

A NUMBER of books deal with the German resistance to Hitler but only a few with resistance from the working-class and labour movement, with British communist Allen Merson's pioneering Communist Resistance in nazi Germany the best example. 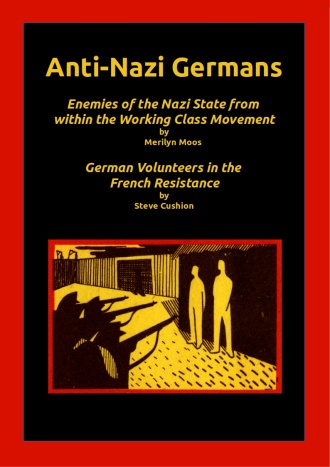 These two books, published in one volume by Community Languages, can now be added to that list.

The two authors concentrate exclusively on the anti-nazi struggle from within the working-class movement, with Moos examining the actions of the German Communist Party (KPD) and its members, the Social Democrat Party (SPD), Trotskyists, and other anti-fascist groups.

She demonstrates that German communists played the most significant role in the resistance and her research portrays vivid pictures of those who risked so much, with brief outlines of their lives.

An example is communist wrestler Werner Seelenbinder, who acted as a courier in the resistance until he was arrested in 1942 with other members of his group and was beheaded in 1944. Members of the SPD, Trotskyist and Jewish anti-nazi groups also showed extreme courage.

As well as campaigning and sabotaging the war effort they also helped Jews, gave support to the millions of slave workers in the country and attempted to win over members of the armed forces.

Resistance groups worked within prisons and concentration camps, helping the most vulnerable prisoners, Jews and Soviet prisoners of war and they organised escapes and stole weapons, hiding them for the time of liberation.

So well organised was the anti-fascist committee in Buchenwald that they were able to liberate the camp themselves a day before US troops arrived.

In his book, Steve Cushion explores the role of anti-fascist Germans in the French resistance. By the beginning of the war, numbers of them were already in France alongside German International Brigaders. These men and women fought alongside the French and sought to win over some of the German occupation army in the country.

A number of nazi conscripts took the first opportunity not only to desert, extremely dangerous in itself, but to seek out and join local resistance groups. One was Thomas Helmut, an anarchist who deserted to join the resistance.

In action against German troops, he was wounded and then shot dead. Regarded as a traitor in West Germany after the war, he and other German anti-fascists who gave their lives are honoured by memorials in France.

Unfortunately, Ian Birchall's introduction to the book crassly suggests those who voted Brexit in the referendum are patriots who deny the heroic role of the Red Army in winning WWII and both authors' criticism of the KPD is harsh, though they both emphasise the outstanding roles of German communists, who were the backbone of the resistance

They have undertaken excellent and groundbreaking research to produce an important book which does great justice to those Germans who fought fascism and most of the many accounts of those individuals who so valiantly fought the twin evils of racism and fascism are inspiring and valuable.

They were the true face of Germany.