Book Review Bach to the future

PAUL SIMON recommends a novel with subtle variations on the impact of the Holocaust, then and now 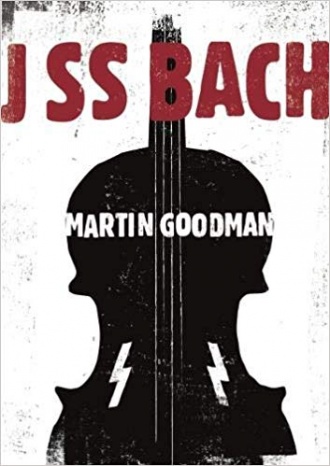 It is 1962 and Katja Birchendorf rescues her pregnant daughter Uwe from her squalid flat in Sydney. But Uwe has a death wish, having discovered earlier that her late father Dieter was the adjutant at a concentration camp and is so physically weak that she dies giving birth to daughter Rosa.

Fast forward and nine year-old Rosa is attending a performance by cellist Otto Schalmik with her grandmother and then the narrative hurtles back to 1938 Vienna and an outwardly happy domestic scene as Otto and his family settle down for a family dinner.

But this ends abruptly as nazi officers raid the house and take the young Jewish cellist and his father into “protective custody” at Dachau.

Author Martin Goodman adroitly manages these vertiginous changes in time and place before landing us in the familiar — but still shocking — fixed and unyielding literary space of a concentration camp.

All the frequently recorded brutalities and indignities heaped upon the inmates are detailed. But the heart of the action, indeed the whole book, takes place in the adjutant’s house.

Otto catches the eye of Dieter, who commissions him to play Bach pieces on a cello stolen from another Jewish family to his wife. The adjutant uses the cello as an ideological weapon, ordering Otto to suppress his “Jewish” sensitivities and play Bach in a more determined and mechanical manner.

Thus music becomes a resonant bridge between two distinct opposites – an intermediary between two sensorily deprived individuals. Otto is ordered not to look at the deaf Katja and must play with his eyes shut, while she can only experience the music through the instrument's vibrations.

The ensuing tension – a mixture of antipathy, bewilderment and a grudging understanding – and the resulting moral equivalence dominates the characters and their lives thereafter.

Katja arranges for Otto to take up a position in Canada but, in spite of the decimation of his family, he opts to return to Germany and speak up for the Birchendorfs, although in vain for Dieter as he is hanged.

She and Otto keep up a correspondence that spans decades and, as an old man, Otto accepts an invitation for a musicologist to interview him in his Californian retreat. That academic is Rosa.

Goldman proves to be a fine writer in ensuring that the novel’s tangents and sharp angles of character and narrative are never blunted by recourses to easy sentimentality or neat conclusions.
As Rosa upbraids him for speaking in defence of her grandfather, Otto replies: “And this is so bad, Rosa? You want everything to be simple?”

The subtle literary style has oblique contrasts and echoes, particularly when Rosa enters Otto’s compound, complete with an large aggressive dog and a forced barefoot march, a mirroring echo of the concentration camp.

The book concludes with Otto once again playing Bach and preparing for another tangential — but possibly less tragic — change in his life.