NADINE EL-ENANY’S argument in (B)ordering Britain is very simple. “Britain” is a storehouse of the stolen wealth of a global empire, to which the so-called native inhabitants have no exclusive right. 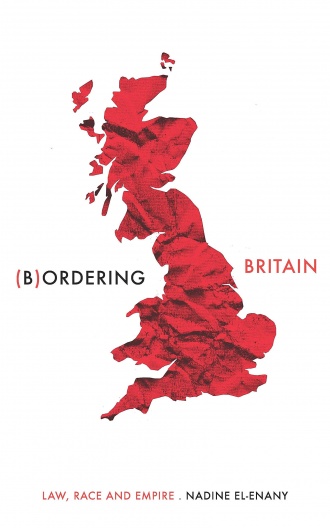 Thus its immigration laws constitute an act of ongoing colonial violence and irregularised “illegal” immigration is an act of anti-colonial resistance.

In what is a comprehensive and combative work, El-Enany constructs a counternarrative of the history of Britain’s immigration, asylum and citizenship laws, revealing the way in which they have served to simultaneously dispossess those who created Britain’s wealth and then mask this dispossession under bureaucratic procedure.

She reveals how immigration and citizenship laws from the 1960s onwards served to transform those hitherto considered British subjects into “aliens” via an “imperial vanishing act,” which drew a line around the island and declared those outside that line as unworthy of access to the wealth they and their forebears had helped to create.

And yet, she is careful not to glorify the status quo ante. She reminds us that the priority of the 1948 British Nationality Act, promulgated by Clement Attlee and creating the legal status of citizenship of Britain and the colonies, “was the maintenance of global white British supremacy.”

It was not an act of benevolence or a recognition of racial equality but rather a desperate attempt to hold together what was left of the British Empire, prompted by Canada’s attempt to articulate its own citizenship criteria. That it facilitated the movement of racialised British subjects throughout the empire was an “unintended consequence” and one that would not last.

Britain, in El-Enany’s conception, is not so much a nation state as a global entity — and one operating a radical form of apartheid under which the vast majority of those living under the conditions it created and continues to maintain are denied the most basic of rights.

As such, this book is a supreme piece of demystification, which takes aim at one of the most prevalent and insidious errors of thought in modern times: that of methodological nationalism.