Reviews of In the Crypt with a Candlestick by Daisy Waugh, A Messy Affair by Elizabeth Mundy, Death in the Medina by James von Leyden and Art of Death by Laurence Anholt

“A TRADITIONAL mystery gone crackers” is perhaps the best way to describe In the Crypt with a Candlestick by Daisy Waugh (Piatkus, £16.99). 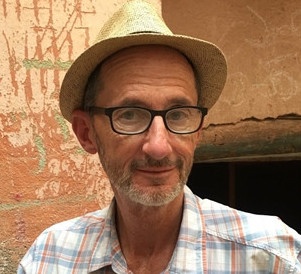 Following the death of her ancient husband, Lady Tode is longing to escape into retirement. She can no longer tolerate the burdens of running a country house as both family home and tourist attraction.

Unfortunately, none of her diversely useless offspring are up to taking on the job. The only people who seem to have their heads screwed on in anything like the right direction are the granddaughter of a former maidservant and a member of the family who, if it’s not tactless to mention it, has been dead for quite a while.

When an extra body is found in the family crypt, can anyone save Tode Hall?

This whodunnit, set in a twisted version of PG Wodehouse’s terrain, is deeply funny. But the characters and their troubles are much more than mere pegs to hang jokes on.

A Messy Affair by Elizabeth Mundy (Constable, £8.99) is the third in the warm-hearted but sharp-tongued series about Lena, a Hungarian economic migrant working as a house cleaner in London’s Islington.

Yet again, she becomes entangled in murder when her wild young cousin’s boyfriend is found dead in a hotel room.

He was the star of a reality TV show and, as Lena discovers, there is no world less real than that of reality TV. The key to the mystery will lie in sorting out which parts of the dead man’s life were scripted and which spontaneous.

It’s hard to think of a better amateur sleuth series in the last decade.

The hottest Ramadan weather in living memory strikes Marrakech in Death in the Medina by James von Leyden (Constable, £8.99).

Daily fasting is harder than ever for young police detective Karim and it’s made even worse by his need to work nights as a watchman to pay for his sister’s wedding to a man he loathes.

Adding to his ill-temper he has, in the classic manner of police procedurals, been taken off the case of a woman found dead in a handcart.

She was seemingly murdered by a religious extremist to punish her for enjoying herself. But Karim knows her family and he suspects there is more to the matter.

I do hope this unusual and colourful debut novel will be the first of many cases for Karim.

Yeovil CID investigate when a singularly unlikeable performance artist is found dead inside one of her own bizarre works in Art of Death by Laurence Anholt (Constable, £8.99).

Her husband and son have obvious financial and personal motives but so, it seems, does just about anyone who ever crossed her path.

In the book, the exiled but still ambitious London detective Shanti Joyce teams up with reluctant cop Vincent Caine, who is happier living in a Buddhist retreat than he is in the sad and painful world of murder investigations.

This first episode in a promising new odd-couple series is amusing, gently satirical and lively.