Essential reading on the resurgence of socialism in Britain

With the many: Jeremy Corbyn Photo: Labour Party
×

IN THIS book, Andrew Murray combines his acute analytical skills and over 40 years’ experience within the labour movement to unpack the story of how the British left travelled from the hinterland of British politics to its very centre with the election of Jeremy Corbyn as Labour Party leader. 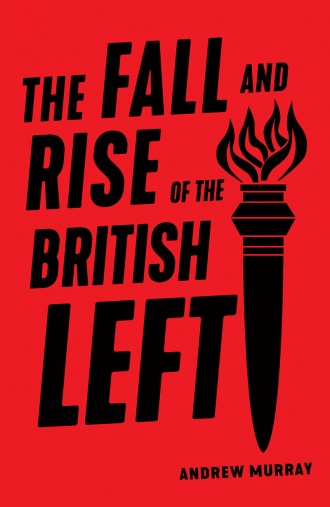 Only a few years ago the left was widely believed, even by some of within it, to be a-mouldering in the grave alongside Harold Wilson’s pipe and Woody Guthrie’s guitar.

The response of the Establishment media and politicians to the change in fortunes has been one of shock, dismay and fear.

But Murray is not one to fall for mainstream media narratives and understands full well that the rise of the Labour leader did not come out of a vacuum.

His book takes us through some of the struggles endured by the socialist, labour and peace movements during the second half of the last century and he describes many of the crucial battles which took place, from the great industrial disputes to the opposition to war and colonialism and through to the fight for social rights.

At one time, the left — the big battalions of industrial trade unions, powered by class consciousness and concepts of unity and solidarity handed down through generations — appeared to be a mighty force.

Yet during the 1970s and 1980s, debate was increasingly dominated by issues relating to the fragmentation of the working class and what now might be described as identity politics.

Many of the issues that are today the cause of much controversy, division and doubt for the left are closely related, if not directly connected to, the schisms of the past.

Murray assesses the objective and subjective difficulties faced by the left and describes the ways it sought, seldom successfully, to overcome these problems.

His account of the situation preceding Corbyn’s ascension to leader is a must-read, especially to understand how unlikely this seemed at the time and the difficulties that have already been overcome.

Some may find Murray’s narrative somewhat overly positive — recent retreats by Labour and attacks on Corbyn’s leadership are no cause for optimism.

Yet there is enough in this book to encourage even the most jaded of campaigners to refocus and renew the struggle.

As such, this studious and succinct account of the politics of the left is essential reading for any socialist navigating the dangers of political life as progressive ideas are tested in the real world.