Challenging views on the prospects for global radical change

IN THIS bite-sized book of barely 100 pages, French intellectual Alain Badiou offers an accessible radical analysis of the state of the world. 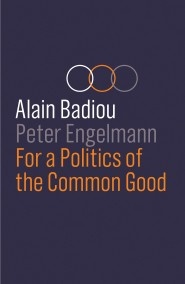 The former Maoist answers questions from the sceptical, but open-minded, anti-communist Peter Engelmann and, in allowing Badiou to tackle some commonly held prejudices on the big questions of capitalism, communism, fascism, liberalism and Islamism, it’s a format that works very well.

There’s a steadfast honesty about his views on the dire state of the left’s predicament, including a refreshing recognition of the sheer extent of the labour aristocracy in the West. “The privileges of the West are based on the oppression of the rest of the world,” he insists, “there’s no changing that.”

Particularly challenging for traditional Western leftists, perhaps, is that in his description of the potential agents of revolutionary change today the “traditional working class” are not at the forefront.

If anything, according to Badiou, they appear to be the weak link. “In my view, that class is stuck deep in reactionary, nationalist or xenophobic mindsets and has been for twenty or thirty years,” he writes.

The four progressive forces he identities are sections of the intelligentsia and youth, “that part of the middle class which includes the workers” and, most importantly, the “nomadic proletariat.”

In contrast to the likes of Slavoj Zizek, whose position is essentially a pseudo-Marxist airbrushing of the mainstream or far-right trope of migrants undermining European values, Badiou correctly understands that the nomadic proletariat have not only the greatest interest in overthrowing capitalism but are also the least susceptible to the national chauvinist narratives most likely to undermine these efforts.

He identifies key political questions, those of of conviction, alliances, discipline and violence, and gives a very clear take on both the issue of fascism — essentially defining it as capitalism stripped of modernity — and how to fight it with a non-capitalist modernity which the liberals, obviously, cannot provide.

All in all, this is a very satisfying and useful read. It vigorously combines clarity and relentless honesty with a confidence that is actually convincing, as opposed to the laboured variety so often found in political works fuelled by a sense of obligation not to depress the reader.