FICTION Should We Fall Behind by Sharon Duggal

Engrossing commentary on the woeful state of the nation

SHARON DUGGAL’S captivating debut novel The Handsworth Times was so successful because of its precise detailing of place and time.

For her second book, the author shows true creativity in doing quite the opposite but with equal success. 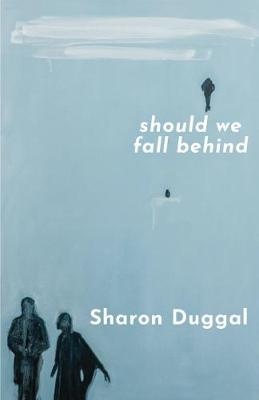 From the working-class south Asian community in Birmingham facing endemic racism in the 1980s in The Handsworth Times, Duggal shifts location to a nameless but vaguely contemporary city somewhere in England.

Precisely, but without resorting to exhortations from the pulpit, she demonstrates the linkages that ultimately bind the working class together in the external and internal struggles they face.

With chapter headings named after each of the principal characters, Should We Fall Behind begins in a subway where Jimmy and Betwa, both homeless and escaping from their family circumstances, strike up a warm friendship among the cold of the streets and society’s sadistic indifference and hatred.

In penetrating writing, analogous to the films of Ken Loach, Duggal remorselessly articulates those realities, nowhere more so than when she describes what it feels like to be hungry for days on end: “Any joy associated with it [food] was intangible, like remote satellites high in the sky. Food-talk became disassociated from the act of eating… food-talk was dreaming.”

The action shifts to another part of the city once Betwa disappears and Jimmy, distraught at their separation, tries to locate her in her old neighbourhood, where he sleeps in an abandoned car.

Duggal is forensic in developing her characters’ unique backstories, strengths and vulnerabilities and the young woman Ebele and Nikos, the latter both employer and landlord to her, are the most challenging to like, at least initially.

Ebele is both aggressively protective of her young daughter Tuli and relentless in avoiding any emotional connection with people, while Nikos emanates a sourness and lack of sympathy seemingly symptomatic of his being petit bourgeois.

Yet through the attritional interactions caused by Jimmy’s unwanted presence in their lives, both begin to reveal the life stories that explain much about their current predicaments.

Through them, Duggal makes the point that it is often those with very little by way of prospects and resources who are least in solidarity with those who have nothing.

By contrast, the characters Rayyal and Daban are more instantly sympathetic, the former still in love with her husband, now totally immobilised by Parkinson’s, and the latter showing a strong humanity in spite of being at the front end of the pitiless gig economy.

Ebele’s downstairs neighbours Grace and Mandy are only sketches by comparison and by far the weakest elements in the otherwise impressive portfolio of characters.

The concluding chapters are impeccably paced and, as befits a writer of Duggal’s calibre and sensitivity, offer some, but not total, closure and reconciliation.

Should We Fall Behind asks many questions of today’s dysfunctional economic and social system but it also reminds us of the essential importance of our shared humanity on the front lines of the class struggle.

Should We Fall Behind is published by Bluemoose Books, £9.99.