The disavowal of our country as lost to racism after the Euro Cup final is worryingly defeatist — the facts paint a much more positive picture and there’s everything left to fight for, writes HARRY DOBSON

Black and white England fans together in Piccadilly Circus after Italy beat England on penalties to win the Euro 2020 Final, Sunday July 11, 2001
×

AFTER England’s defeat to Italy, it sadly came as no surprise that a wave of online racist abuse was en route to England’s black players, exacerbated by Marcus Rashford, Jadon Sancho and Bukayo Saka missing crucial penalties.

The moment the ball failed to hit the net, most knew what to expect from the bigoted underbelly that the sport has yet to eradicate.

However, just as predictable as the vulgar racism, were the cries from English leftists and liberals of: “This is why I don’t support England” and “This is why England deserved to lose.” By repeating these tropes they fell into the trenches of the culture war being staged between “normies” and politicos.

Why is it that so many see England, and more specifically English football, as exceptional in its racism, and what does wishing for England’s demise seek to accomplish?

There is an argument for a “special kind” of English racism derived from our country’s history of imperialism and colonialism, with the history and ideological implications of the British empire still hard to escape and disentangle from our national identity.

But this makes a distinction between England and, say, Poland; but it doesn’t differentiate us from Belgium, the Netherlands and France, to name but a few who also had colonial empires.

The second distinction, relating more directly to football, is that the English can probably be “credited” with inventing and popularising football hooliganism and the ultra-nationalistic tendencies that often fuel international football violence.

But this is a shallow analysis based on an old picture of football violence: 40-odd years have gone by and we’re now widely considered in the lower tier of football hooligans in Europe; but more than that, some of the least right-wing too, with some European fan bases espousing reactionary nationalist sentiments that would make the EDL blush. 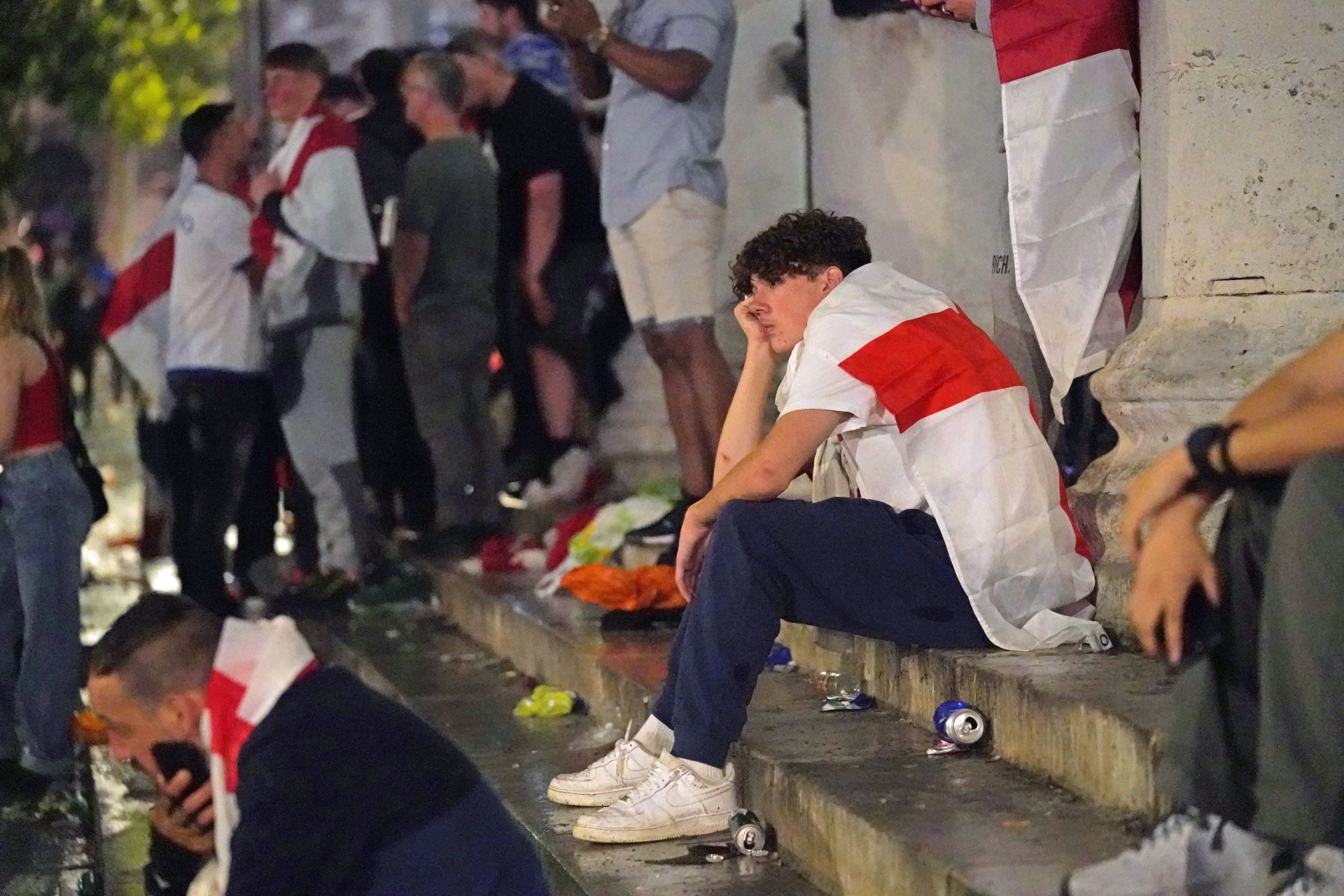 In Montenegro, in 2019, England player Danny Rose came under horrific racist abuse from home fans, prompting him to say he looked forward to retirement.

Later that year, English players were subject to racist abuse while playing Bulgaria, leading to the game being stopped twice and a stadium ban for home fans.

Leonardo Bonucci, the Italian centre-back who screamed “It’s coming to Rome” into the camera after the Euros victory, told his black team-mate Moise Kean that he was partially to blame for the racial abuse he received by Cagliari fans.

The racism in football isn’t particular to England, and it’s less potent here than in many countries; so why do some anti-racists seem to want England in particular to lose? What inspires supposedly rational people to instead back Italy, a country with a huge racist far right that does well in elections, or Ukraine, a country where open nazism is so bad that they march in honour of the SS?

Partly it’s psychological: people like to feel like their identity is distinctive, even if that distinction is a negative. Refrains such as: “We’re the worst drinkers, aren’t we?” or: “I’m so embarrassed by English people abroad, we’re a nightmare” are always said with a peculiar mix of self-pity and and a grubby kind of pride: deep down, a lot of people want it to be true, to be able to have a claim to the top of a list, for better or worse, marked out as special.

The second factor, which I’m calling “Anglo-pessismism,” is the deeper, more political and more worrying trend, exhibited almost exclusively by people who consider themselves to be on the left and specifically anti-racist.

This Anglo-pessismism seeks to posit English racism and English fans as the most diabolical to be found anywhere, despite statistics that are directly contrary to this (54 per cent of fans polled support players taking the knee).

This negative drive has developed as a way for people to ungracefully remove themselves from any meaningful anti-racism project: if you truly believe that English fans and, by extension, English people and culture, are largely, irreconcilably bigoted, then what is the point in trying? 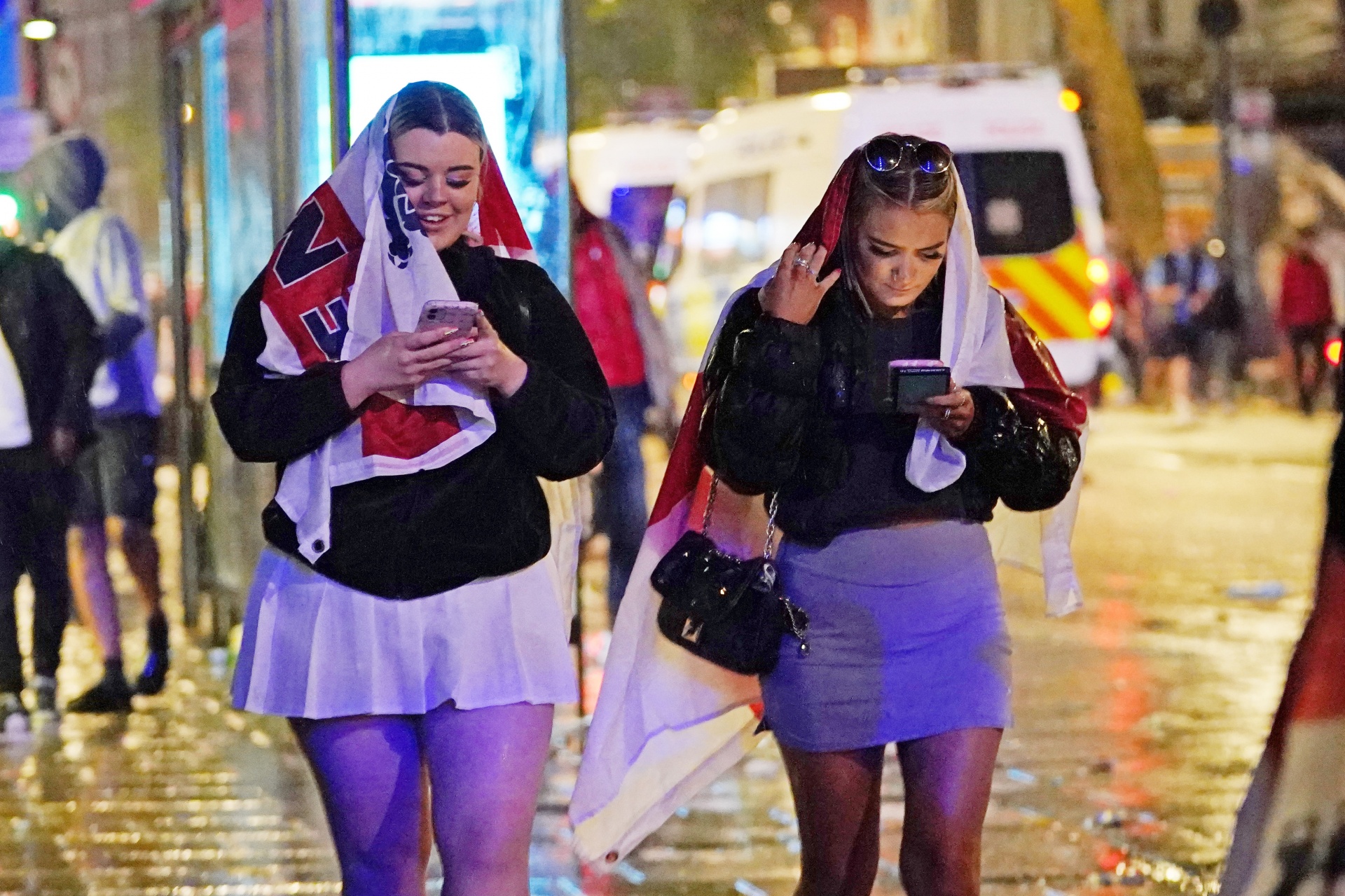 With this Anglo-pessimism comes a weird self-congratulatory pride. By effectively castigating “your own,” people are able to claim double the woke points required to be considered a “true ally” — or at least in their own mind. Denouncing racism itself is not controversial any more — to get noticed why not denounce your own nation, and yourself in it? The heavy dose of irrationality, the massive factual gaps in doing this, will only give your gesture more impact.

At its worst, this nihilistic standpoint enables the afflicted to reject any form of material struggle and remain a vacuous online pundit, awakening intermittently only to tell people they aren’t supporting England or that they “can’t wait to move away from this racist island.”

This woke syndrome shares an interesting amount of similarities with another online subculture: the conspiracy world, in which people gradually remove themselves from the logic of wider society and human contact as they begin to believe that the struggle is already over and we’ve lost and maybe the lizards are in charge.

Before going down this pathway to misery, take note of the sheer volume of support Rashford, Saka and Sancho are receiving from England fans, vastly outweighing that of the racist abuse. Even reactionary entities like the Tory Party and the Sun newspaper have been forced to condemn it. That’s progress: ask anyone who lived through the 1970s and ’80s.

So where does this pessimism come from? It is far from an organic reaction to our lived experiences, our day-to-day lives. It’s the voice of the elite, through their media mouthpieces, and we are having our buttons pushed by a press that cherishes hopelessness and fear.

On one side, the conservative right bemoans the loss of traditional British identity and introduction of so-called “cultural Marxism” leading to societal collapse — but rather than correcting them, the “left” (in truth, liberal) side of the public discourse agrees that everything is going to hell in a handcart, just for different reasons.

They claim that bigotry and prejudice are exploding thanks to Brexit — and racism is increasing to apparently epidemic levels.
The right-wing vision is not accurate, of course — but neither is the liberal one. 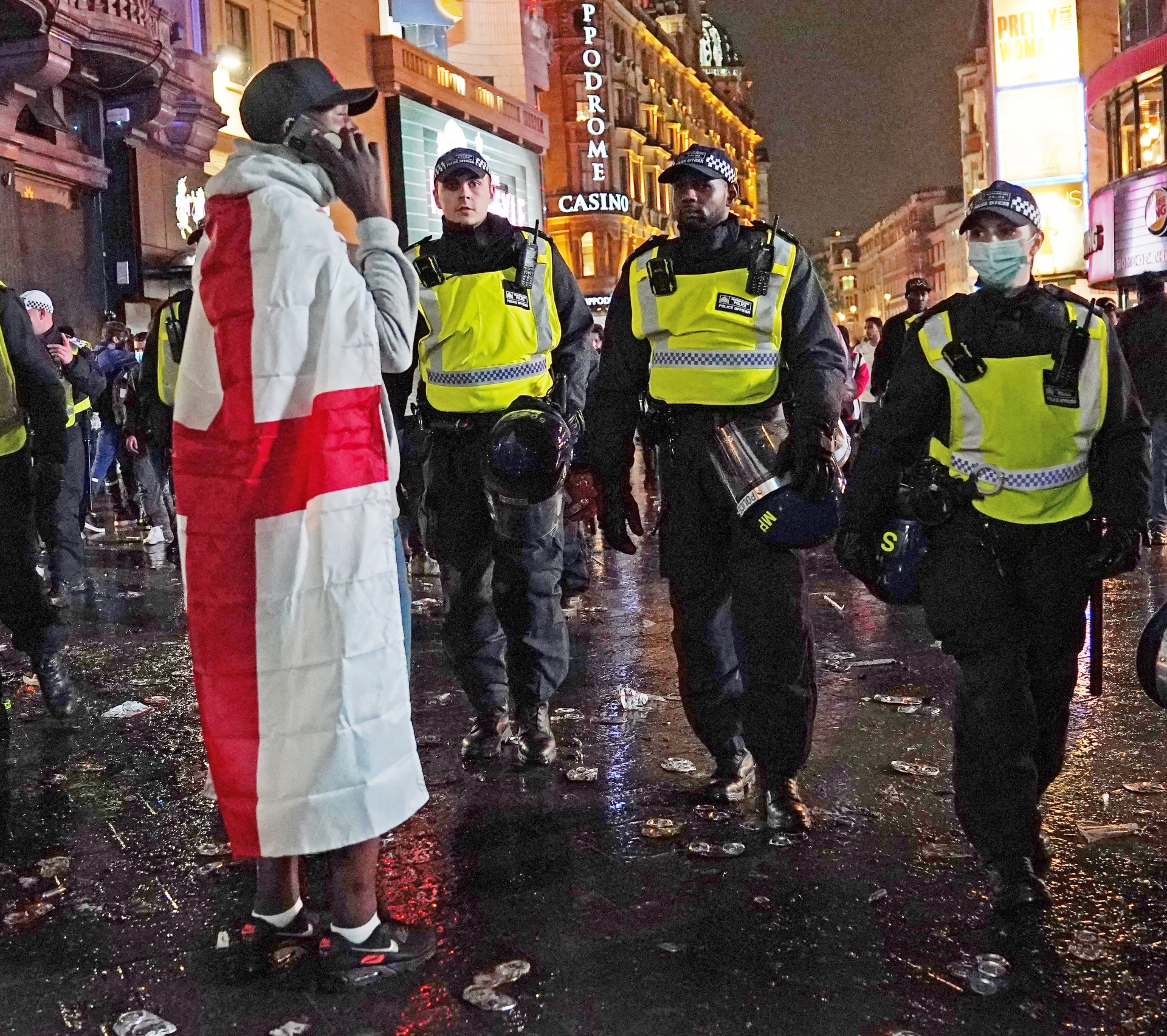 With inter-racial relationships doubling between 2001-2011, and highest for couples in the 16 to 24 age range suggesting this trend will have increased up until the present day, it is hard to see how a rise in “blood and soil” white supremacism could be taking place.

And as for the assumed racist content of flag-waving patriotism that so alarms the liberal left during international football fixtures, any desire for racial nationalism among the general population seems to be dropping rather than growing, with 93 per cent  of those polled in 2020 disagreeing with the statement that “to be truly British, you have to be white.”

Perhaps the tougher pill to swallow than Anglo-pessimism, the task far harder than throwing our hands up and saying “it’s hopeless” is facing up to the fact that progress has been made.

Why harder? Because that shows progress can be made — and therefore should be made. And it is up to us to make it happen.