Is there a Marxist view of climate change?

As the extent of the environmental crisis becomes clear, awareness also grows of the urgency of a sustainable, socialist alternative, says the MARX MEMORIAL LIBRARY

EXTINCTION REBELLION and the equally impressive school student climate strikes have dramatised for a new generation the enormity of the threat posed by climate change — the tip of the melting iceberg of capitalism’s environmental crisis.

On the surface, demonstrators are asking for something very simple: formal acknowledgment that a climate emergency exists and real action to tackle it.

Underlying the demonstrations is something even more important — a recognition that climate change isn’t something incidental that can be tackled with a simple fix, but intrinsic to a broken system.

In short, there’s an anti-capitalist element (at least) to the growing movement against climate change.

And, just as the governor of the Bank of England (no less) observed that as the economic crisis deepens, the works of “Marx and Engels may again become relevant” so increasing numbers of people perceive that Marxism has something to say about the environmental crisis — and about the climate emergency in particular.

Not, of course about the scientific “facts.” That’s the job of science and of scientists.

Some 160 years ago, in London, as Marx was working on his monumental work, Capital, the physicist John Tyndall, experimenting on the heat-absorbing powers of C02 (and other gases), was to first to suggest what was later called the “greenhouse effect” of the absorption of infra-red radiation by the Earth’s atmosphere.

Then, the concentration of atmospheric CO2 (as measured by air trapped in ice cores) was around 286 parts per million.

When the first direct measurements of global greenhouse gas were made in 1960 it was 315ppm. Today it is 412ppm — the highest ever since humans appeared on the planet.

The effects — melting ice caps, sea level rise, desertification and extreme climatic events and their knock-on consequences for food production, biodiversity and the planetary ecosystem are no longer a matter of conjecture.

What a Marxist approach can do is to reveal the underlying causes of crisis.

Ultimately there are just two sources of use-value (food, shelter, clothing and today’s extraordinary diversity of manufactured goods from sheets to sheds to smartphones): human labour and nature.

Capitalism, in its search for profit degrades them both. Marx himself declared that “[c]apitalist production, […] develops technology, […] only by sapping the original sources of all wealth — the soil and the labourer.”

As an economic system, capitalism depends on exploiting workers and so too does it depend on exploiting the resources — living and non-living — of our planet. Non-exploitative capitalism is a contradiction in terms.

Today soil degradation is still a problem but is overshadowed by a much greater, global threat; climate change.

And today, as then, human and environmental health are seen as “externalities,” not part of the calculus of profit unless and until they can be monetised and traded — made into commodities from which even more profit can be made.

That is precisely what has happened with climate change. Trading in “carbon credits” (essentially, permissions to pollute through emissions of greenhouse gases) is now one of the world’s largest and most profitable international financial markets, itself driving other technologies, from renewables to sometimes bizarre proposals for carbon sequestration.

It manifests itself in peculiar ways — most recently with “Sir” Elton John (lionised as a pillar of society on the Royal Mail’s latest stamp issue) defended flying the Duke and Duchess of Sussex (Harry Windsor and Meghan Markle to you and me) in his private jets, saying he had paid to “carbon offset” their trip.

All this is an aspect of financialisation (the subject of another answer in this series) which treats nature as a commodity, applying an exchange value to “wild” processes and ecosystems notwithstanding the fact that there is no labour content involved.

As young climate change activist Greta Thunberg declared to Westminster MPs, without change, young people “probably don’t even have a future any more. That future has been sold so that a small number of people can make unimaginable amounts of money. It was stolen from us every time you said ‘the sky is the limit’.”

Capitalism continually destroys its own economic base. That destruction has been one of the main drivers of technological change, constantly revolutionising the means (as well as the relations) of production; from the substitution of coal for timber as a fuel in the early days of the industrial revolution, to the replacement of coal by nuclear (and more recently by “renewable”) energy today.

That contradiction is central to capitalism. As a mode of production and as a social system, capitalism degrades the conditions of its own reproduction.

That much was clear to early Marxists. But what neither they — nor anyone else at the time — could appreciate is the scale of environmental destruction.

Most ominously, there is the prospect of a “tipping point” — a spiral of runaway irreversible change as the buffering effect of the oceans is reduced, organic matter in drying soils decomposes, melting ice sheets no longer reflect solar radiation and permafrost releases methane into the atmosphere.

No longer a matter of conjecture, the only uncertainty is when this tipping point will be reached, and the details of its consequences for the planet and its peoples.

What seems clear is that on present trends this is likely to be in the lifetime of today’s children and that the consequences will be global, irreversible and disastrous.

Like capitalism’s class contradictions the environmental crisis will be “solved” either by socialism — or (as the contradictions of the early 20th century led to fascism) by repressive corporate regimes that only sci-fi can predict.

At the same time, there is another, more positive dimension to capitalism’s “second contradiction.”

Increasingly as the extent of the environmental crisis becomes clear, awareness also grows of the urgency of a sustainable, socialist alternative.

Alongside class struggle, the environment also has the potential to become a broad focus for collective action.

As Jeremy Corbyn declared, welcoming Thunberg’s visit to Parliament: “Young people will be the most affected by climate change — seeing them take charge of their future is inspiring.”

What a contrast with London Mayor Sadiq Khan who, after a perfunctory assurance that he shares the XR protesters’ “passion about tackling climate change,” went on to declare: “You must now let London return to business as usual.”

“Business as usual” of course is precisely what has brought about the crisis.

The cultural significance of XR and the school strikes (if you like, their “revolutionary” potential) is a matter for debate but at the very least they offer an antidote to the tame posturing of Tory politicians and the liberal hand-wringing of television programmes (including, for this author, those narrated by David Attenborough).

Without a formal manifesto or any theoretical elaboration they have already targeted the physical manifestations of capitalism (from Heathrow airport to the stock exchange) in a way analogous to the direct action against the obscene DSEI London arms fair and earlier movements against the threat (arguably today even greater than climate change) of nuclear war.

In this context, Extinction Rebellion and student climate strikes are, alongside the renewal of left politics in Britain, hopeful signs that change is possible.

The Marx Memorial Library and Workers’ School’s autumn programme of classes can be found by visiting www.marx-memorial-library.org.uk. 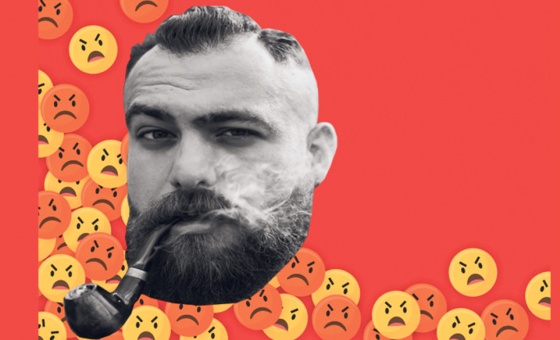