What can a Marxist approach tell us about racism?

Socialists have a uniquely developed understanding of the real causes of racial oppression and solutions that go beyond empty corporate 'inclusiveness,' writes the Marx Memorial Library

RACISM is the belief in the inferiority of one or more groups of humans based on their supposed “race” or ethnicity; it manifests itself in prejudice in thought and language and, often, in discrimination.

Racism needs to be distinguished from xenophobia — a more generalised fear or dislike of those perceived to be “foreign” or “strange” — although the two often go together.

The United Nations convention on racial discrimination states that any form of superiority based on racial differentiation is scientifically false, morally condemnable, socially unjust and dangerous, and there is no justification for discrimination, anywhere, in theory or in practice. Most normal people would agree with that.

Marxists would go further, understanding racism and its manifestations at a societal as well as at an individual level.

Historically, racism has served the interests of dominant groups. Wherever it exists, racism is a reflection of power relations, often expressed in terms of territory or access to resources.

This is not solely a function of capitalism; in pre-capitalist societies looting, conquest and genocide was justified on grounds of identity, often tribal or religious.

But within capitalism racism takes on a stronger, institutionalised form. Racism is rooted in the historical development of capitalism as a world system. It justified the brutal wars of conquest and genocide, which established the European colonial empires.

Slavery provides the clearest illustration, where profit and power are derived directly from domination and exploitation of subject (and easily identified) groups. Its legacy survives today in that “black” people — in Europe at least — are the principal targets. Skin colour (like gender) is one of the most easily identifiable characteristics of an individual.

Marx argued that within capitalism, what he called “direct slavery” was ultimately “an economic category” alongside wage slavery.

“Negro slavery in Surinam, in Brazil, in the Southern States of North America […] is just as much the pivot of bourgeois industry as machinery, credits, etc. Without slavery you have no cotton; without cotton you have no modern industry.

“It is slavery that gave the colonies their value; it is the colonies that created world trade, and it is world trade that is the precondition of large-scale industry. Thus slavery is an economic category of the greatest importance.”

Where Marx and Engels wrote specifically about “race” it was to declare the common interest of all humans. For example in Capital Marx wrote (in relation to slavery): “Labour cannot emancipate itself in the white skin where in the black it is branded.”

“Black” is itself a highly political term. Used by racists to “identify” an enemy it is (or was) a term used by black liberationists to encompass all people of colour (as in Black Lives Matter or Southall Black Sisters).

At the time when Marx and Engels were writing, the number of “black” people living in Britain was relatively limited — although it was by no means negligible.

Slavery was made illegal in Britain in 1772 although no significant attempt was made to abolish it in the Empire until 1833. Even then in British North America it applied only to children under the age of six and it was not finally eradicated in the United States until 1865.

Descendants of slaves were sometimes kept as ornaments by the rich and formed a small but significant section of the working class, some playing an important role in radical politics — notably the Chartist leader William Cuffay who was transported to Tasmania in 1848. Most lived in poverty alongside their “white” working-class neighbours.

Prejudice in Britain was directed also against the more visible minorities, in particular the Irish, and this was encouraged by the Establishment. In 1870 Marx wrote:

“Every industrial and commercial centre in England now possesses a working class divided into two hostile camps, English proletarians and Irish proletarians. […] This antagonism is artificially kept alive and intensified by the press, the pulpit, the comic papers, in short, by all the means at the disposal of the ruling classes.

“This antagonism is the secret of the impotence of the English working class, despite its organisation. It is the secret by which the capitalist class maintains its power. And the latter is quite aware of this.”

That anti-Irish prejudice lasted well into the final decades of the last century. Between the first and second world wars, and particularly in the context of the declining birth rate consequent of the Depression, much racism in Britain was also directed against the supposed threat of the “Yellow Peril.”

From the 1950s onwards immigration from the Caribbean, Africa and from India and Pakistan was accompanied by prejudice against black and Asian people.

Today, alongside a significant and continuing bigotry against Jews and Muslims there is increasing “racial” prejudice directed against new immigrants (permanent and temporary) from Eastern Europe.

And, worryingly, there is a resurgence of “scientific” racism today, particularly in neuroscience and psychology. As argued in the previous answer, questions about a person’s “race” are meaningful only in a racist society.

The term “mixed race” is itself a racist term. It is much more meaningful — and interesting (as the popularity of family genealogy, DNA testing and television programmes like “Who do you think you are?”) — to talk in terms of people’s biogeographical ancestry.

In all of this, racism at an individual level is one form of alienation, serving to hide people’s sense of (individual or collective) subordination. At the same time it conceals (and institutionally it is tolerated because it conceals) the social (class) origins of that subordination.

As Mary Davis declares, “the ideologies of both sexism and racism have become universalised and hence disembodied from their class origins. They have thus fulfilled the ultimate goal of ideology – namely, to represent the interests of the dominant class as the interests of society as a whole.”

The legacy of slavery, imperialism and their racist ideology is deeply embedded. It goes beyond discrimination; it is central to capitalism because it not only boosts profit but also works to support capitalist production relations — both in capital’s metropolitan heartlands and in the neocolonial “developing world” by dividing the working class.

In a recent article in the Star, Mary Davis emphasises the need to distinguish between discrimination and oppression.

Discrimination can take different forms at different times. It always needs to be challenged but ending discrimination does not in itself pose a threat to capitalism.

Oppression, by contrast, is intrinsic to capitalism although it too manifests itself in variable ways. The basis of racial oppression, like women’s subordination, is class exploitation. “Oppression is a function of class society as well as being a product of it.”

Ironically, dominant class interests themselves now emphasise the need for “inclusivity” against discrimination (while ignoring oppression) in the interests of profit. This is not just to sell to non “white-British” groups (who constitute a minority of the British population); increasingly advertisers feature disabled people and same-sex couples alongside ethnic minorities.

According to Trevor Phillips (former chair of the Equality and Human Rights Commission) this is because people generally “think it’s peculiar if they see an ad that doesn’t have minorities in it and looks like they are being sold something from the 1950s.”

Anti-racism has to be more than just rhetoric or “inclusive” advertising and window-dressing. It has to place class at the heart of its analysis and mobilise all people against exploitation in their common interest to build a better world.

This is the second of two answers exploring race and racism. The answer to the previous question “What is Race?” can be found here. 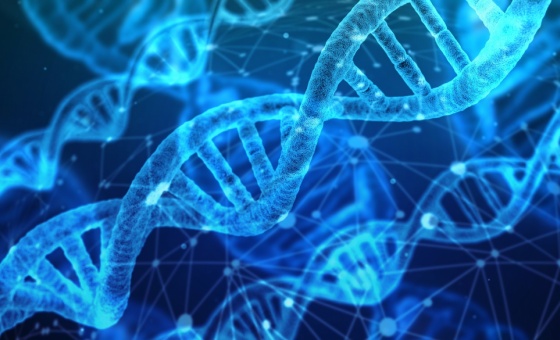 Earthquake relief fund to be launched