The Econocracy is an explosive assault on the ubiquitous 'expert' dissemination of capitalist-friendly economics, says IAN SINCLAIR

The Econocracy: On the Perils of Leaving Economics to the Experts
by Joe Earle, Cahal Moran and Zach Ward-Perkins
(Penguin, £9.99)

WHILE studying economics at the University of Manchester, the three authors of Econocracy became disillusioned with how little their education was helping them understand the causes and aftermath of the 2008 financial crisis.

In response, they set up the Post-Crash Economics Society and are now members of the Rethinking Economics network linking 40 groups in 13 countries.

Their broad thesis in the book is that economists wield a huge amount of influence in society — think of the importance the media gives to the post-budget analysis of the Institute for Fiscal Studies — but have become dangerously disconnected from the general population, with little public oversight.

And they argue that economics as it is taught in universities today means that economics graduates are “grossly underprepared” to understand how the world works. 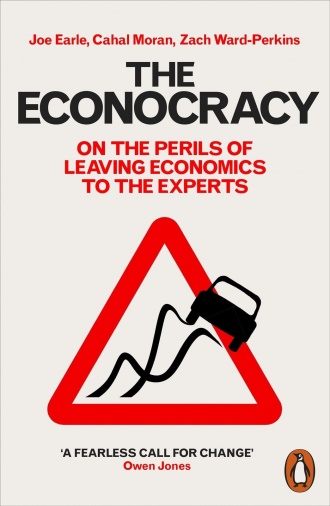 To prove this, the authors conducted an in-depth review of the curriculum at seven Russell Group universities, finding “a remarkable similarity in the content and structure of economic courses.” Capitalist-friendly neoclassical economics, with its mechanistic focus on rational and self-interested individuals, dominates, as does textbook learning, theoretical models and multiple-choice questions.

Worryingly, they note that the 83 per cent of exams on economic courses at the top-ranked London School of Economics “entailed no form of critical or independent thinking whatsoever.” For the authors, this amounts “to nothing less than the dictionary definition of indoctrination.”

The narrowness of the curriculum is not an outcome of conspiracy, they explain, but of historical forces and a market-orientated higher education landscape in which funding, publication and career advancement is largely predicated on adhering to a single strand of limited economic thought.

Those looking for how change can be forced on this conservative world will be interested in the book’s short section detailing the growth of student groups attempting to reform the teaching of economics. Believing that economics is too important to be left to the experts, in 2015 the authors launched the pilot Community Crash-Course In Citizen Economics, a six-week evening class for interested members of the public.

Endorsed by Noam Chomsky, Owen Jones and economists Ha-Joon Chang and Martin Wolf, The Econocracy is a tightly-argued, level-headed critique of the dominance of neoclassical economics.

If there has been a more important book written in the last 10 years about the role of economics in society I’d like to see it.