FRENCH horn player Jim Rattigan took a very different route to becoming a jazz virtuoso. Born in 1960, his musical progress as a young musician eventually found him playing in the Royal Philharmonic Orchestra in his late twenties but then he broke through into jazz. 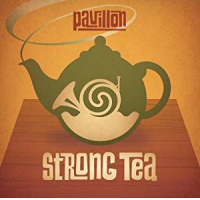 Performing with many seasoned maestros in their bands and orchestras, from the Michael Brecker Quindectet and the McCoy Tyner Big Band to Charlie Haden’s Liberation Music Orchestra, he is an  unusually protean musician, with his horn also featuring on recordings of James Bond themes, Shirley Bassey, George Michael and Paul McCartney.

In 2014 he made Triplicity, an  album of inspired jazz musicianship with violinist Thomas Gould and the brilliantly versatile pianist Liam Noble, with all eleven compositions by Rattigan.

On an album of rare musical jewels, the melodism of  Sweet Tamarind and Gould’s soft-toned violin stands out; the haunting reflectiveness of Rattigan’s horn on Dreamer is so different from his snorting-horse sound at the outset of  Zerene before Gould’s slicing solo.

But it is Trail of Tears which holds the album’s finest moments, with Gould serenely moving, Noble’s piano providing the undertow and Rattigan’s brass crying with empathy.

Rattigan’s compositions and arrangements are the musical earth of the ensemble. Opener Parkwood Fair begins with the artistry of Calderazzo’s drums and the twanging bass of Dave Whitford before Rattigan’s horn and Koller’s sprinkling piano enter. Panayi’s surging tenor is at the heart of Dulwich Park before a spirited and garrulous flugelhorn chorus by Percy Pursglove.

Speake is at his most loquacious too on the title tune after Steve Fishwick’s skyward trumpet solo and in Won over the Eight the band swirls and roars around Rattigan’s horn.

On final track 24/7 baritone saxophonist Mick Foster has a solo outing before trombonist Jeremy Price blows a stirring chorus. Rattigan’s overarching brass, played with such tuneful precision and beauty, blows through the final moments of a record which is a tribute to the fluent artistry and musical commitment of a generation of some of the finest British jazz troubadours.