THIS single volume new edition of Yvonne Kapp’s biography of Eleanor Marx, first published over 40 years ago, was deservedly highly acclaimed at the time. EJ Hobsbawm praised it as “one of the few unquestionable masterpieces of 20th century biography” and Michael Foot described it as “a work of scholarship but also a work of art.”

Those accolades and many others remain as true today as when the first two volumes were published and the new edition, coming in at more than 850 pages, reveals Kapp’s meticulous scholarship, historical intelligence and sensitive insight, bounded by flawless prose, for a new readership.

There are uncanny parallels between the lives of Marx and her biographer. Both were born into German Jewish families. Both were linguists and translators. Both were feminists and worked with and for trade unions. But, above all, both were Marxist socialists.

Kapp was a member of the Communist Party for over 60 years, while Marx was a member of the pre-communist Socialist League until her untimely death aged 43. Significantly, Kapp also wrote a book about the birth of new unionism in 1889. The Air of Freedom (1989) was an important development in British trade union history, in which Marx played an important role, resulting in the rapid growth of trade unions among unskilled and semi-skilled workers.

Marx was particularly involved in the birth and growth of the National Union of Gasworkers and General Labourers in 1889 and worked alongside its general secretary Will Thorne. They became firm friends, with Thorne acknowledging her as his mentor and he was one of the few among close friends and family who attended her funeral in 1898. 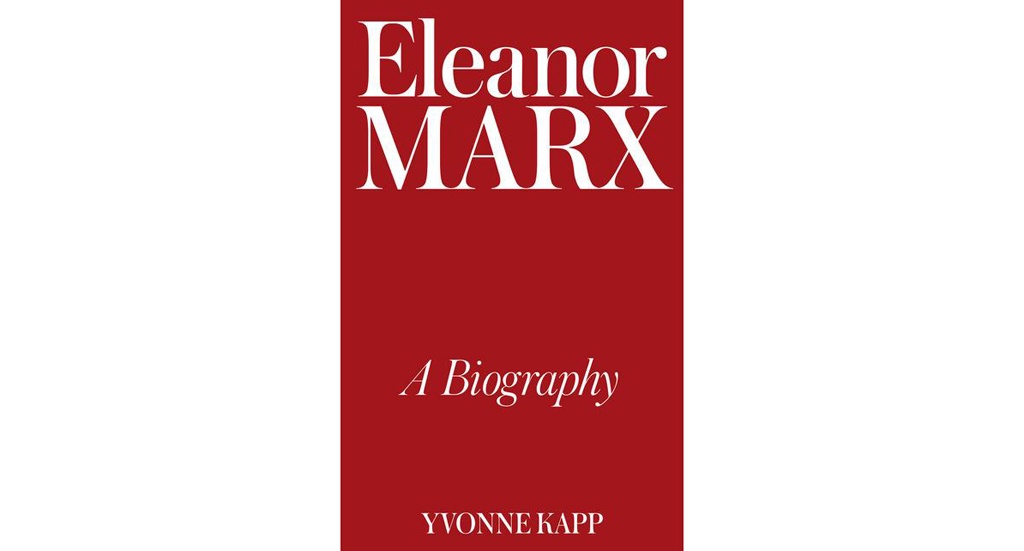 Kapp describes the second period of Eleanor’s life as “the crowded years.” She was engaged in a frenetic wave of political activity, all underlined by her socialist feminism, and reviewed August Bebel’s book Women and Socialism (1879) for Commonweal, the paper of the Socialist League. Her own pamphlet, The Woman Question, was groundbreaking for the time. Her theme in it was that “we must seek the real cause on women’s enslaved position in her economic dependence upon man and that her ‘emancipation’ means nothing but economic freedom.”

In her activity in the socialist and trade union movement she was confronted with commonplace sexism, which particularly revealed itself by the hostility shown by male trade unionists to the demand for equal pay for women. For them it undermined what they saw as “the family wage” paid to the male “breadwinner.”

Family life and important insights into Marx’s work are revealed in the first half of the book. Of the three daughters of Karl Marx, Eleanor (“Tussy”) was the undoubted favourite and the most active politically, with Laura and Jenny both marrying Frenchmen and living in France. Marx entrusted his papers to Eleanor and, on his death in 1883, she and Engels preserved, translated and published as much as possible. Clearly, Eleanor was a Marxist in theory and in practice.

In her memoir Time Will Tell, Yvonne Kapp reveals that “the writing of Eleanor Marx, which drew in one way or another upon my whole accumulated experience, left me wonderfully enriched.” It is to be hoped that today those who read her Eleanor Marx will be similarly enriched and inspired.