Peter Kennard's exhibition marking the 60th anniversary of CND is a potent reminder of why its message is so vital, says LEN PHELAN

THE SABRE-RATTLING over the Korean peninsula a few months ago saw the spectre of nuclear conflagration again loom into view, a vision chillingly reinforced by the hands of the Doomsday Clock — the Bulletin of the Atomic Scientists’ symbol representing the likelihood of a man-made global catastrophe — moving to two minutes off midnight. 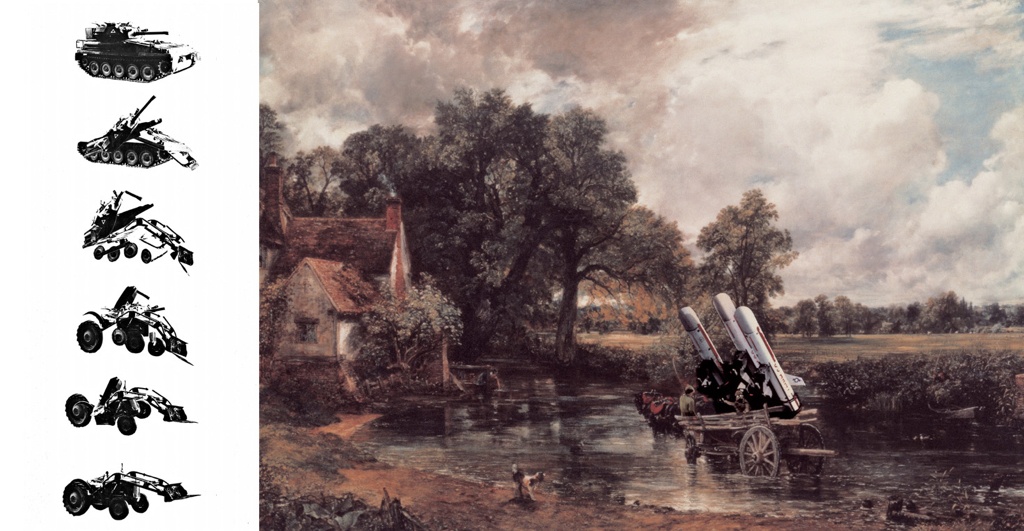 So to say that this exhibition, marking the 60th anniversary of the foundation of CND, is timely is something of an understatement.

It draws together works by Peter Kennard, one of this country’s most significant political artists, who for decades has supported the campaign founded in 1958 in response to the detonation of Britain’s first hydrogen bomb and the housing of US nuclear weapons in this country.

His photomontages have ensured that the movement, and the striking imagery that came to represent it, have been etched into the public consciousness, none more so than his 1980 image Protest and Survive, depicting a skeleton reading a civil “defence” booklet which skewers the idiocy of government propaganda, or the portrait of Tony Blair taking a selfie in front of a massive conflagration during the Iraq war.

Kennard, who trained as a fine artist, turned from painting to photomontage in the late 1960s and, drawing on the traditions of constructivism and the techniques of early pioneers like John Heartfield, developed his unique and instantly recognisable subversion of the familiar and the iconic. 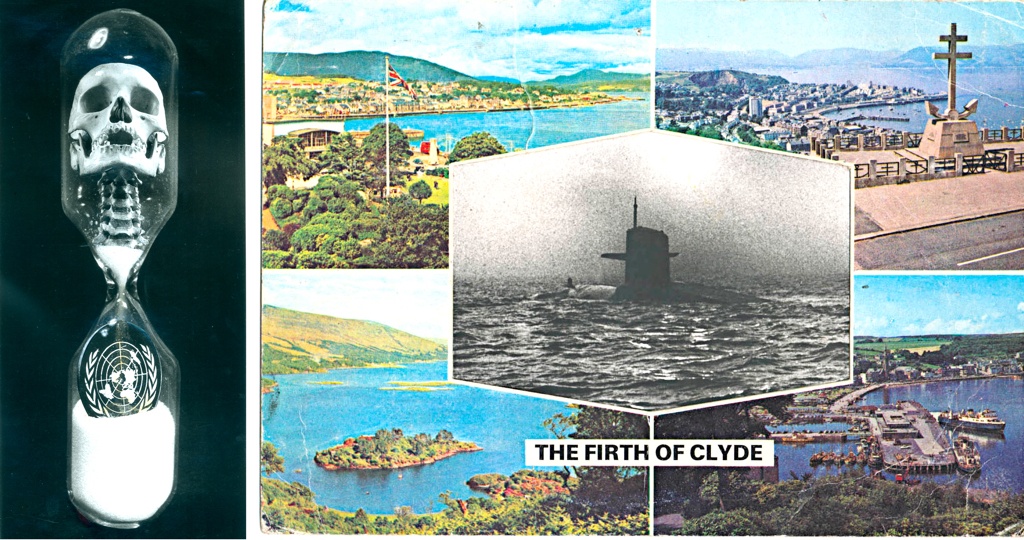 Thus John Constable’s bucolic Hay Wain has a trio of Cruise missiles ready for launch, a monochrome Trident submarine looms out of what initially appears to be a banal colour postcard, the world mutates into a gas mask and, Transformers-like, a tank is reconstructed as a digger.

“I want to encourage people to think about their own situation and activate,” Kennard has said. “But I’m not trying to tell them to do this or that. I’m just trying to show how I see the world at the moment.”

How he’d like it to be transformed is memorably represented in the image Warhead, where a nuclear missile is decapitated by the CND symbol. A familiar sight on anti-war demonstrations, its brilliant visual economy in representing what the campaign is all about six decades on demonstrates why Kennard remains such a potent recruiting sergeant for the peace movement.

The exhibition, which is free, runs until October 7, opening times: museums-sheffield.org.uk