NEOLIBERALISM — an ideology that once dominated the world, forcing an economic and political consensus from major parties of left and right — is in crisis, argues political theorist Chantal Mouffe. 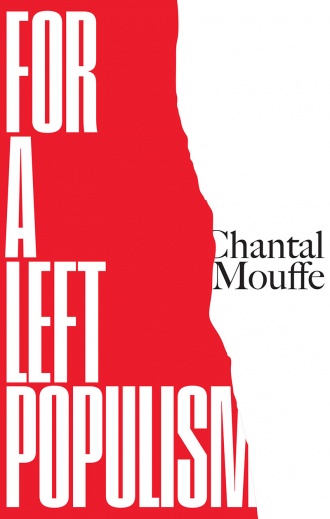 The financial crash of 2008 prompted its decade-long retreat from the global stage and politics, once a “a mere issue of managing the established order, a domain reserved for experts,” is fast becoming the realm of “the outsider.”

We are, she contends, living in a “populist moment” but, crucially, with “a real possibility for the construction of a more democratic order.” But others are busy at work claiming this freshly vacated political territory. The left needs to catch up.

Mouffe’s proposal is unapologetically adversarial. She argues that by creating a political frontier between the people and those in power we can harness populism’s confrontational energy and “radicalise democracy,” shaking its foundations until it gives us what we want.

This rhetoric, reminiscent of more unsavoury politics, is tempered by Mouffe’s insistence that “people” not be defined in terms of race or nation but instead by opposition to an oligarchy “who “structurally impede the realisation of the democratic project.”

But how can the left achieve this? The book is not a guide to the practical action it advocates. In fact, it’s a prisoner of its theoretical abstractions. According to Mouffe, “The objective of the hegemonic struggle consists in disarticulating the sedimented practices of an existing formation and ... establishing the nodal points of a new hegemonic social formation.”

It’s hard to see how a sentence like this will help mobilise anyone, especially when pitted against the powerfully emotive language of the right.

Mouffe does better when pointing to a concrete example of successful left populism — the rebirth of the Labour Party. “For the many, not the few” is an articulation of her proposed frontier between “we” and “they.”

Agreed, but the promise of decent homes, good jobs and a functioning welfare state are a better call to arms than big words spoken from atop the ivory tower.