FOR THE COMMON GOOD: Plotland housing on the Thames Photo: Stefan Szczelkun
×

NOT since the end of WWII has the question of how and where we build homes been so pressing. 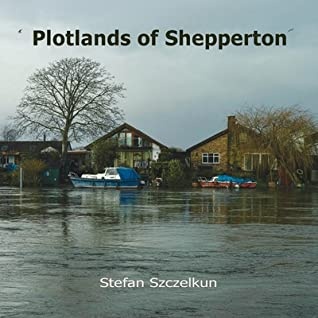 Covid-19 has magnified the housing crisis and particularly how it affects public health.

After 1945, the best answer was council housing — and it still is.

But it’s not the only one and this book illustrates a fascinating alternative and raises wider issues about land and planning.

Plotlands of Shepperton is an off-beat, personal and loving photographic account of an important episode in 20th-century working-class housing history.

Along the banks of the Thames, 15 miles west of London, are homes that belie the image of a conformist middle-class suburb — small hut and cabin-like buildings, they were built by their original owners on land they regarded as “common.”

They were part of the “Plotland” movement, which the definitive history by Handy and Ward (1984) describes as “a unique landscape, reminiscent of the American frontier … a makeshift world of sheds and shanties.”

From the early 1900s, and particularly between the wars, thousands of working-class people sought a refuge from an increasingly hostile and unhealthy city.

They found unused land and built improvised shelters, originally for holidays but later as permanent settlements.

The Plotlands were spread across the country but with significant concentrations on the south and Essex coasts, the north Downs and Thames Valley.

Most of the homes are gone or unrecognisable, but places like Jaywick and Peacehaven retain their distinctive character.

As the book points out, Shepperton was a very appropriate place for challenging the domination of private land ownership.

It’s only five miles north of St George’s Hill, occupied by the Diggers in the 17th century.

The Plotlands followed in this long tradition of “back to the land” and squatting movements which contributed to other important housing improvements, including garden cities and the post-war development of mass council housing.

Stefan Szczelkun argues that even the royal parks might have been occupied if the post-war government hadn’t responded to demands for more and better homes.

The post-war planning system sought to regulate land use and enforce minimum building standards, both of which ran counter to the ethos and practice of Plotlands but which have renewed relevance in the aftermath of the Grenfell Tower atrocity.

However, greater state intervention neutered the type of innovation embodied by the Plotlands, albeit that this was essentially individualistic.

This book is an important reminder that a balance needs to be struck between personal and public needs for housing but within a context of seeing a home as a human right and the land as ours.

Copies available from stefan@ukart.com, at a special price of £10 (including p&p) for Morning Star readers until the end of October.

Government's decision to lock kids up in solitary confinement in a bid to control coronavirus in prisons is ‘cruel,’ Labour charges

Turkey accused of shipping in jihadists into Azerbaijan-Armenia war